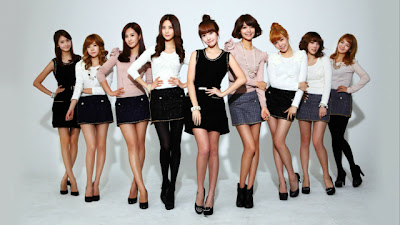 In the 1970s, the dictatorship controlling South Korea stipulated the length of women's skirts. Now, due to a new law, some in South Korea worry that those days are returning.
Last year, a law was passed in South Korea regarding, among other things, indecent exposure. Today, it goes into effect. According to website Korea Bang, the law states, "Those who show their bare skin excessively in a public place or expose parts of the body that should remain covered, thus making others feel embarrassment or discomfort, are guilty of indecent exposure."
The Korean newspaper Hankyoreh is arguing that this new law, passed under the previous president's administration, will enable authorities to go back to the strict social codes of the past. During the 1970s, for example, the length of men's hair was also regulated by the government. Those with long hair were sometimes given forced haircuts on the street!
This year, South Korea elected its first female president, Park Geun-hye. It was her father,Park Chung-hee, who seized power in a coup in 1963, declared martial law, and served as president for life until he was assassinated in 1979. This is perhaps why left-leaning publications like Hankyoreh are worried about how this new law will be interpreted.
Those deemed guilty of indecent exposure will be fined 50,000 won. Police say, however, that the goal is not to target mini-skirts. Critics worry that the law's ambiguous wording will lead to equally ambiguous complaints and fines.
One thing is certain: If this is enforced, South Korea's popstars (Girls' Generation, above), famous for their short skirts, are going to need new outfits!
There's more in the link below about how this legislation also makes things like begging a fine, along with declining to help a government employee during a disaster, crime, accident, or whatnot without enough reason for refusal.