However due to my absence in the running scene for a month quite recently, well bad habit don't die down eh? well I've enrolled once again for another half marathon organized by Brooks Malaysia. 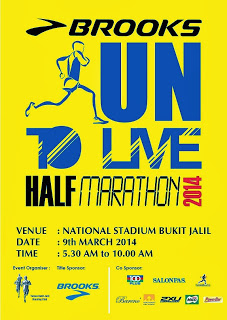 The event will be held at Bukit Jalil, the same place where the event took placed this year as well... speaking of Brooks 2013 event, it was poorly organized with a puny trophy cup instead of a proper medal. Overcrowded runner in small path ways, bad P.A system, insufficient water stations, lazy design of finisher-t , and etc... which kinda tarnish Brooks name, but they did jump the gun and blame it on the organizing team instead. 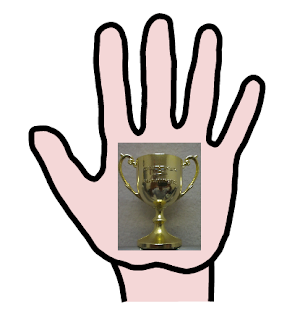 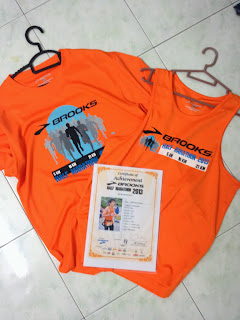 But let bygones be bygones, aside from the bad organizing this year, I'm hoping next year event would be far more decent due to its hefty price of RM 75!

Route is just the same like this year as well. 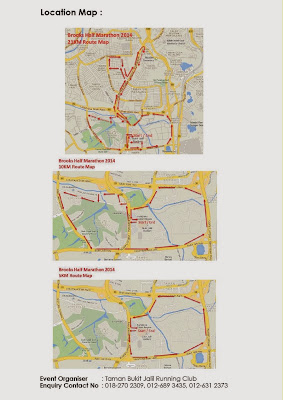 Anyway can't complain much, will be doing this and maybe Penang Bridge run as well for 2014. So till then... peace out!