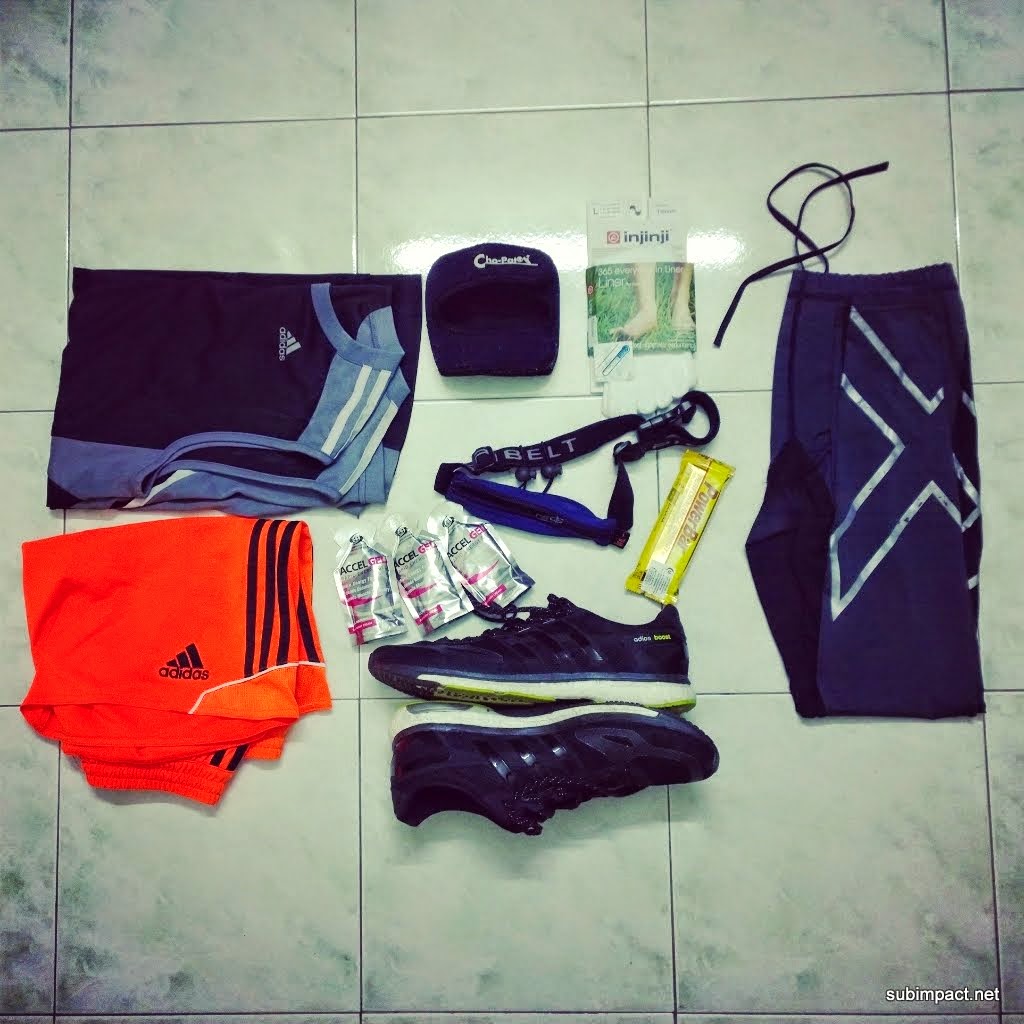 After a long pampering days , here is my Battle Report: Sundown Malaysia 2014. My first hand experience travelling via flight out from Klang Valley to partake a running event. 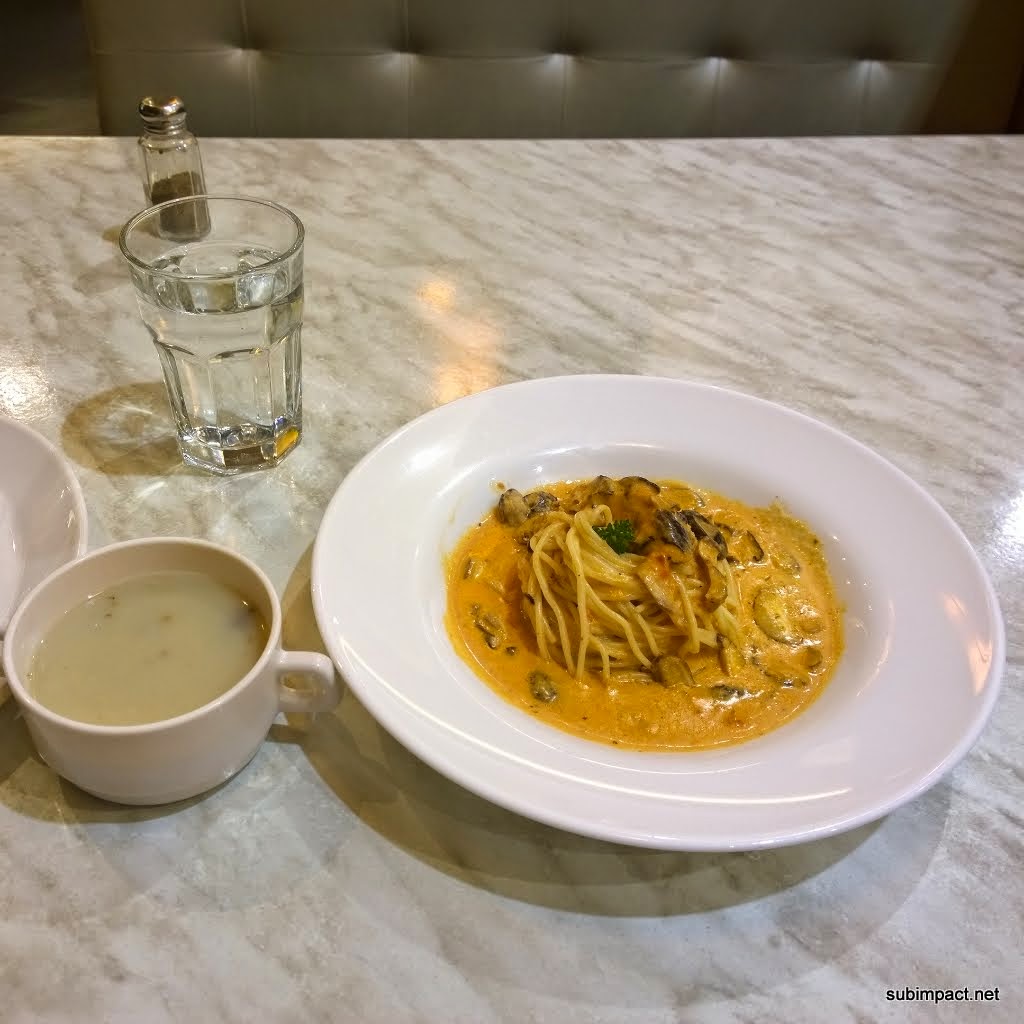 A day before of my trip, had a late resting hours due to mamak session after cell gathering. Woke up the following day right on the daily working clock (8am)  maybe due to my excitement for a far away running event even though my flight was at 2pm. 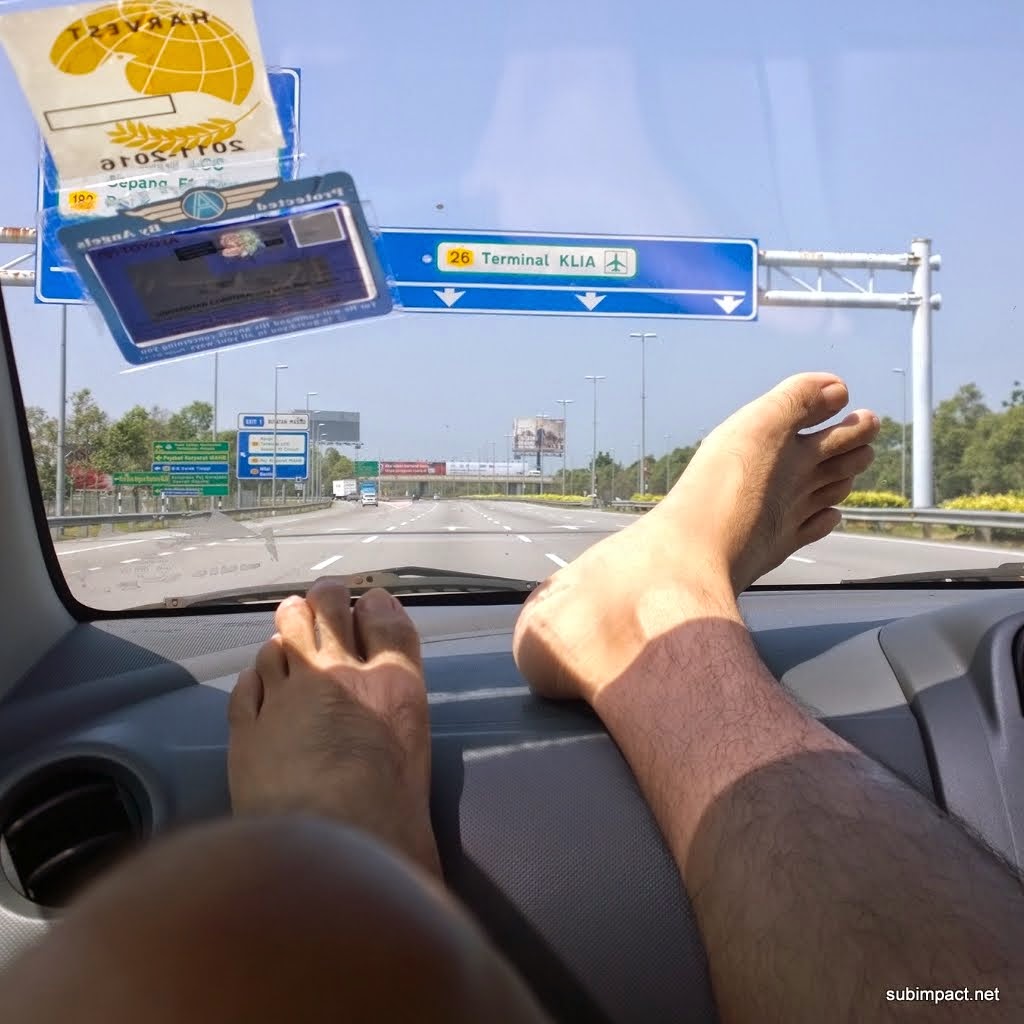 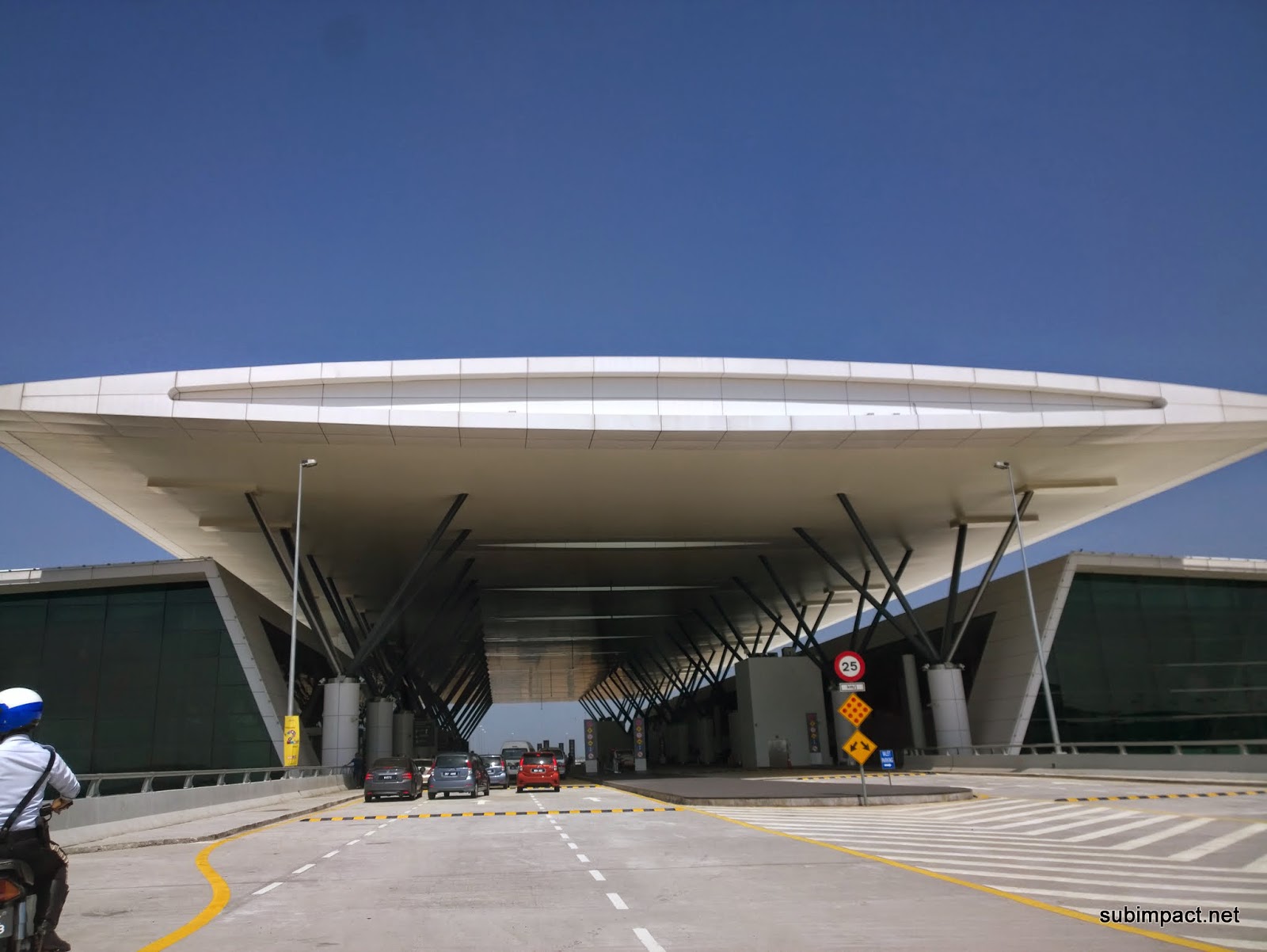 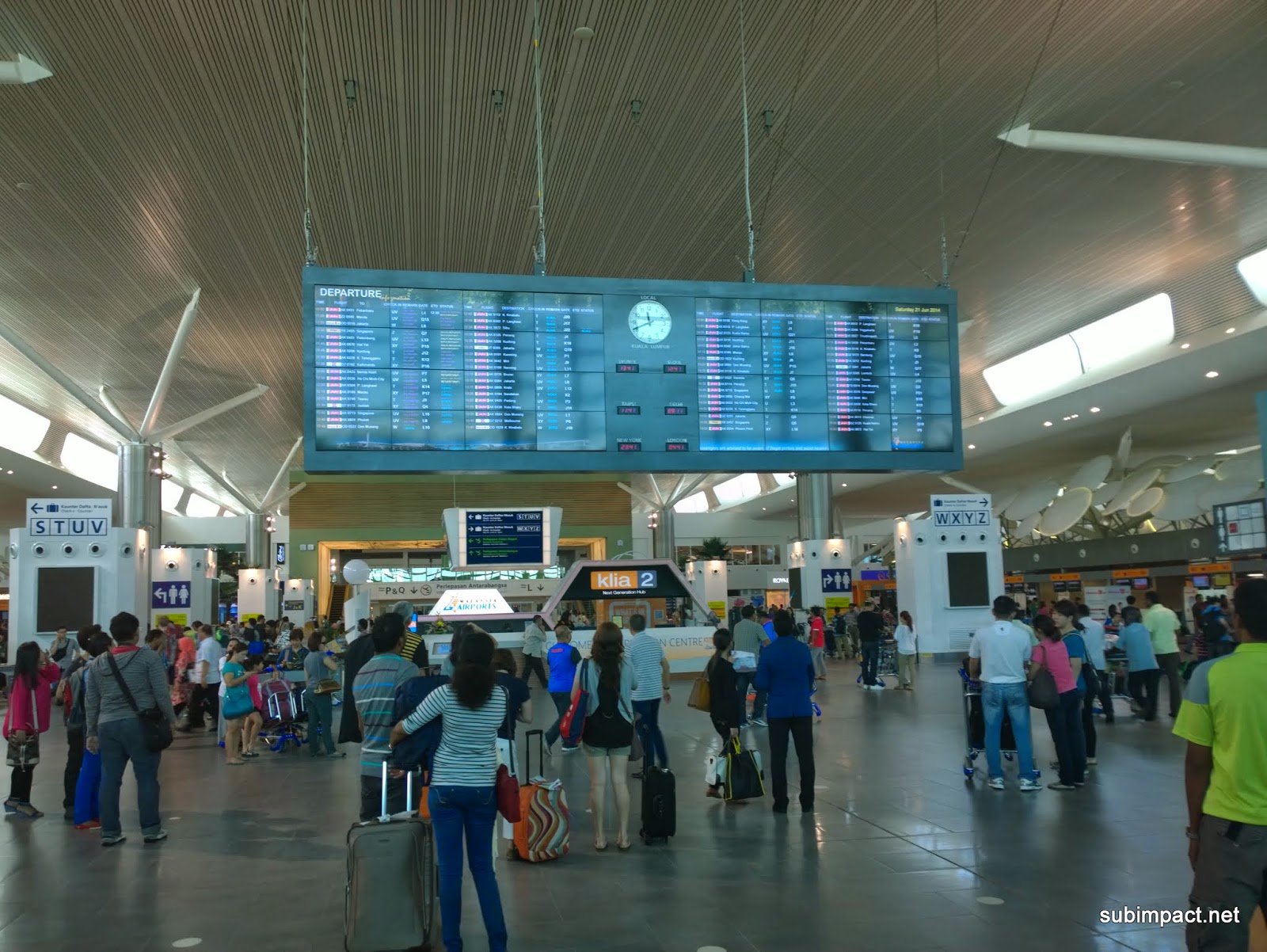 After preparing my gears prior to my trip, (I've kinda missed adding my GPS NIKE+ watch in the picture) . My uncle hitched me a ride to KLIA2. First impression on the airport was huge and spacious! even tho some of my friend over exaggerated that a requirement of walking distance from check-in counter to departure gate would take at least 40 mins. I've manage to snag a notice board showing different figures. 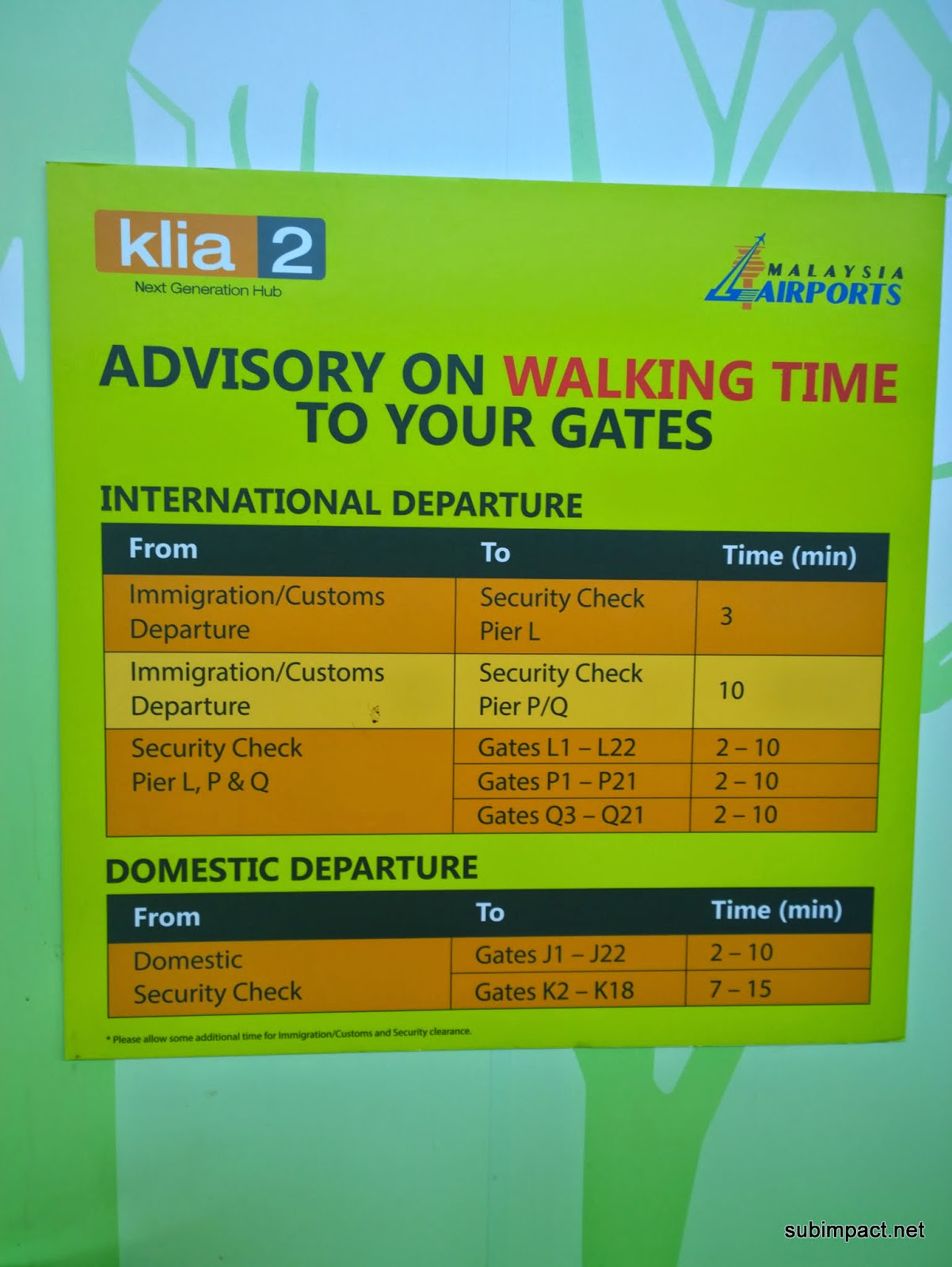 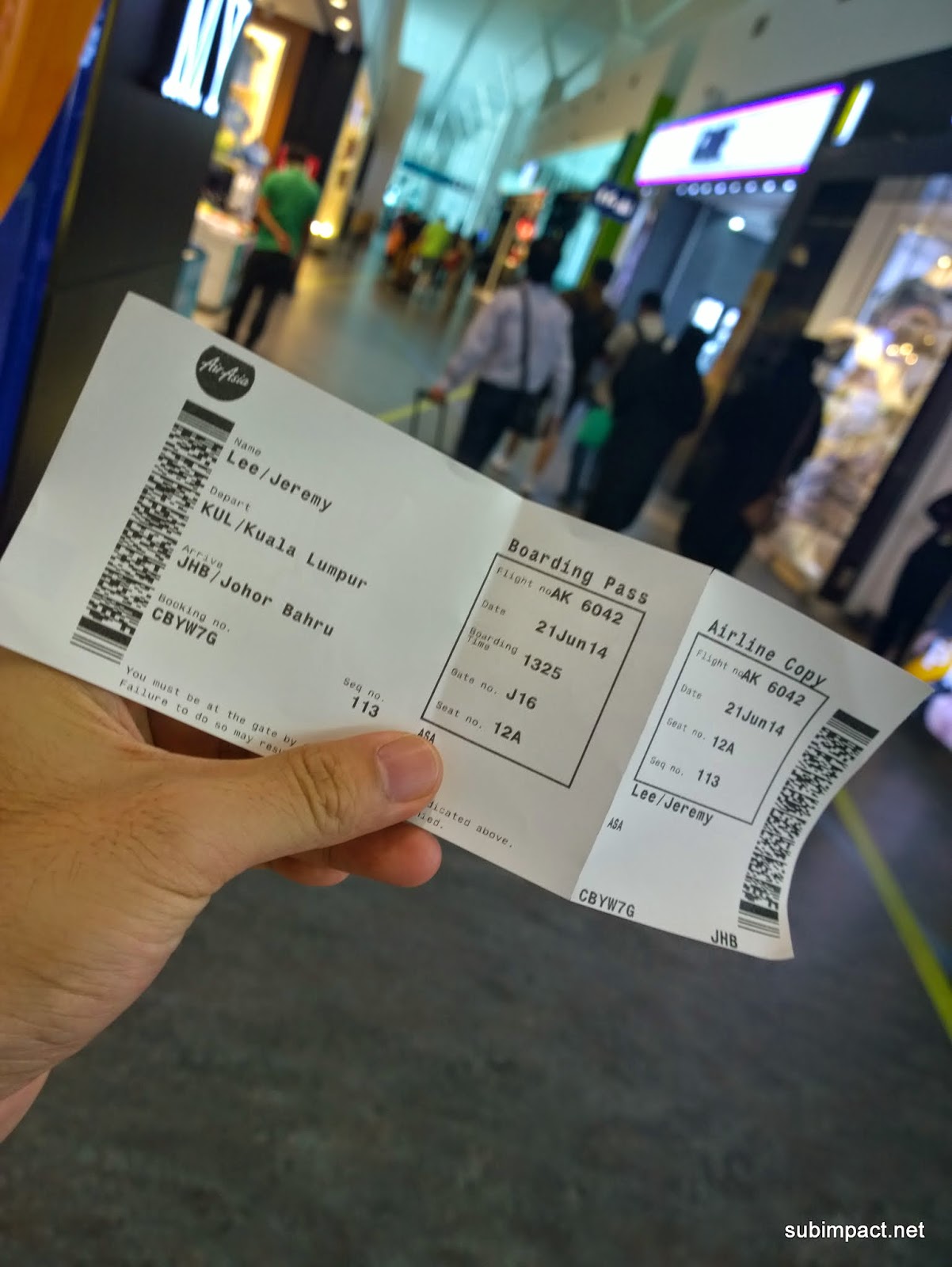 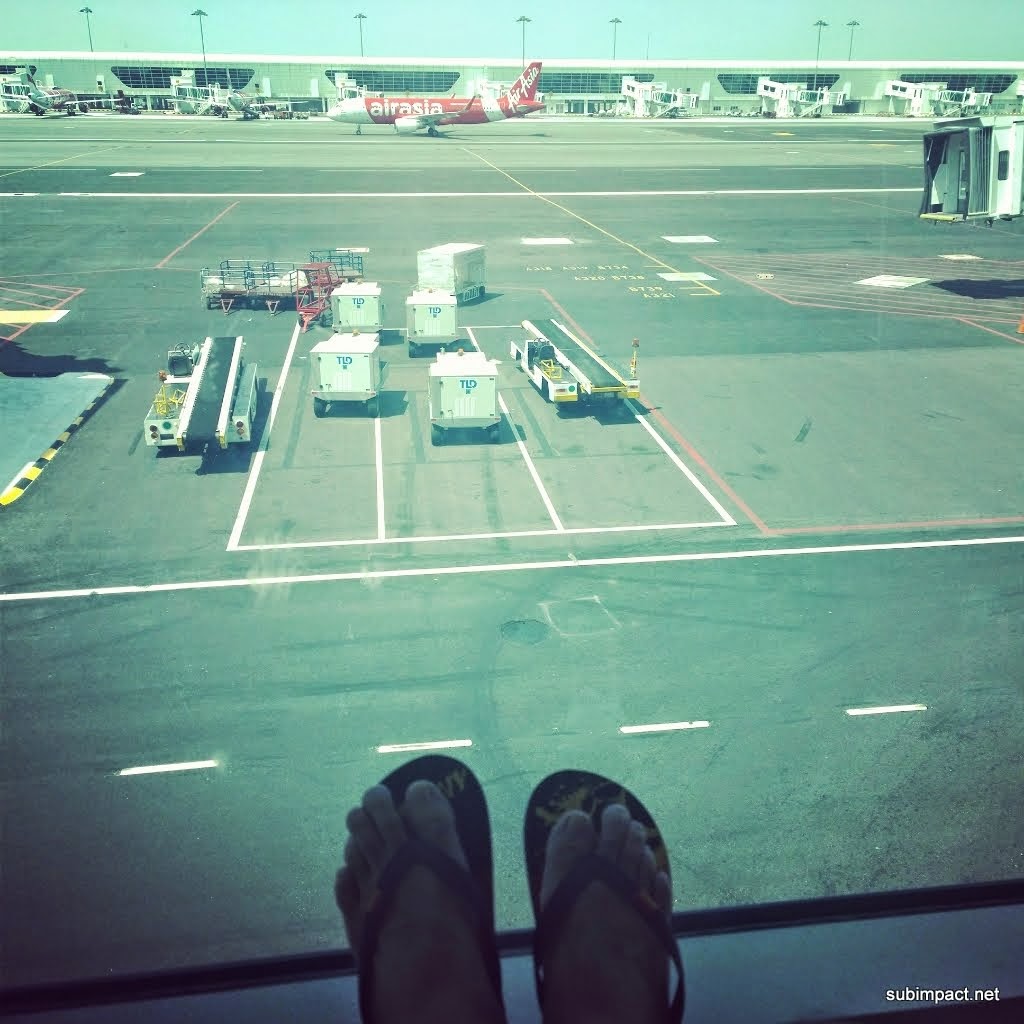 After a little exploring in KLIA2 I was kinda shocked when they were selling mineral bottle at the price of RM6.50!!!! wow crazy.. lucky there is water fountain for you to drink from. QUICK TIPS: bring empty drinking bottles via hand carry, so you could refill it up at the boarding gate from the free water fountain. 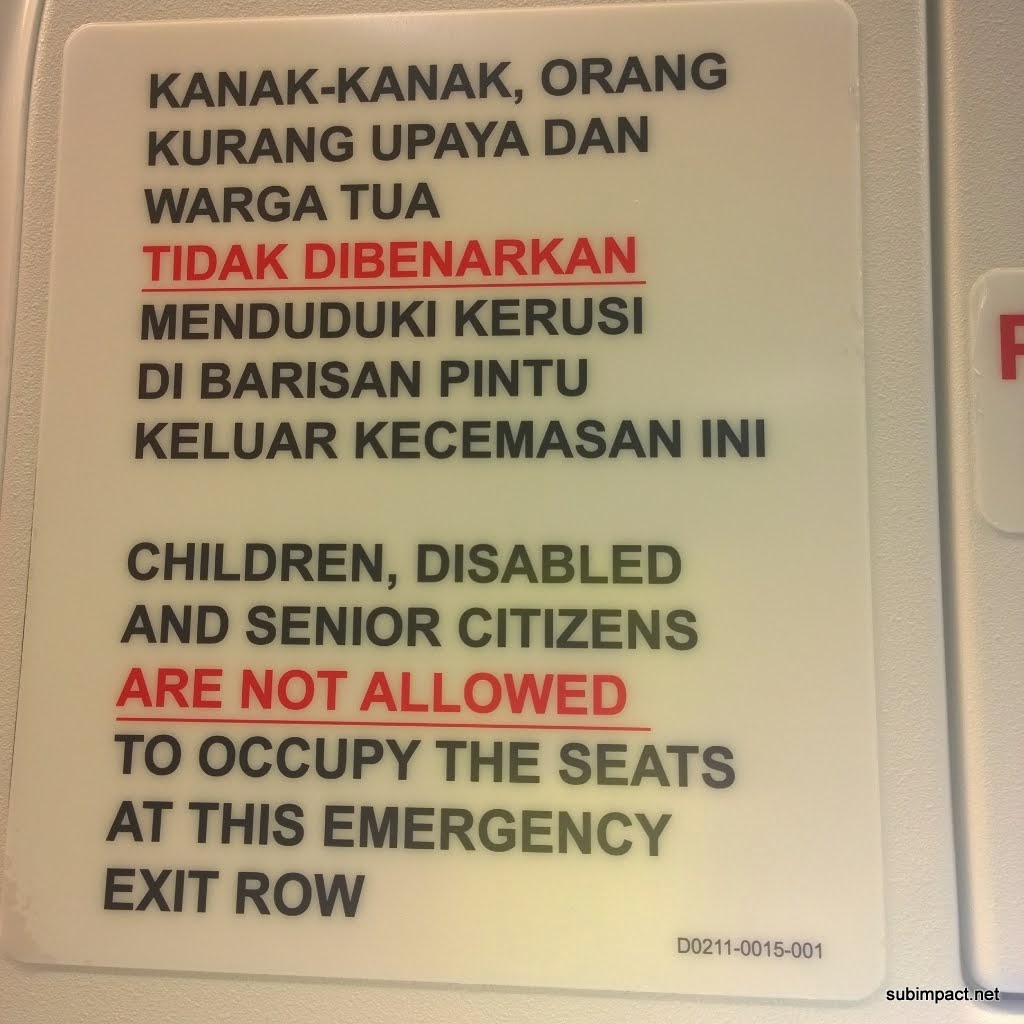 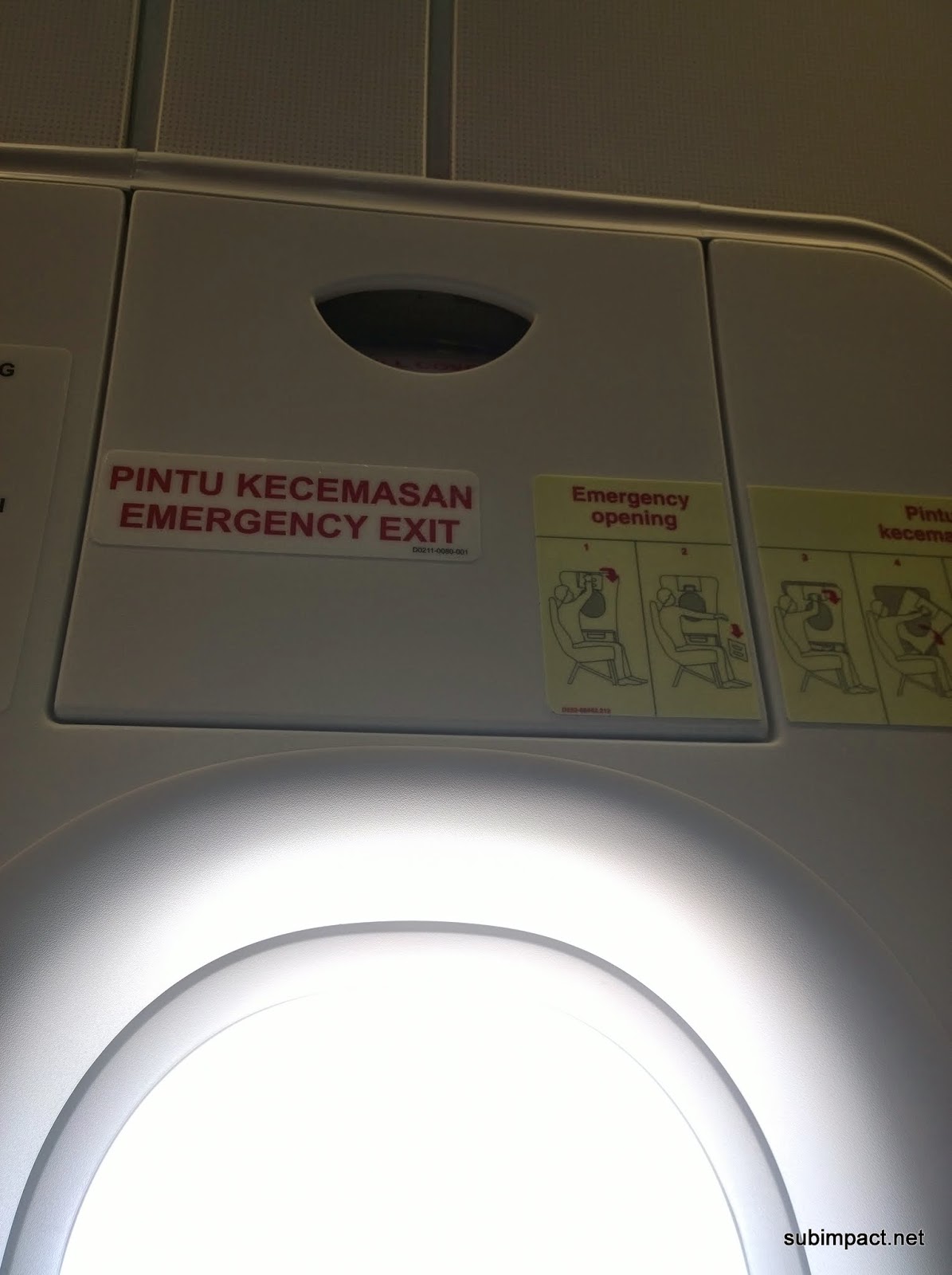 Best part of the flight was getting a random seat, which was actually a hot seat near the middle (which is actually emergency exit door) doesn't matter. Due to its taboo sitting location, non of the other passengers sat the same row as me nor the row behind mine. So what did I do during the entire flight after took off? 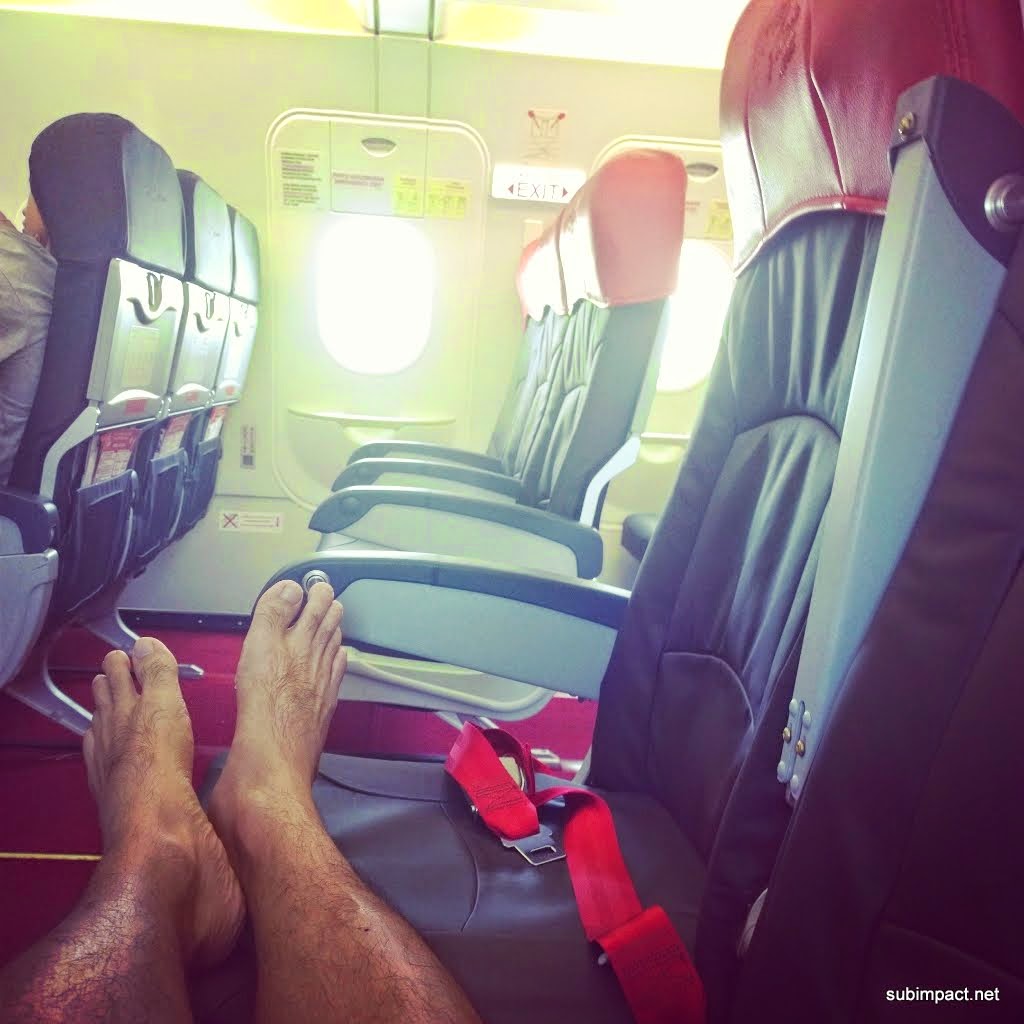 After touch down, I tried to get a cab for a 10KM ride to my Motel, but the crazy taxi driver asked for RM40. I straight exited the cab and on the nick of time , my friend manage to drop by the Senai airport and offered me a ride. (thanks Haja!) 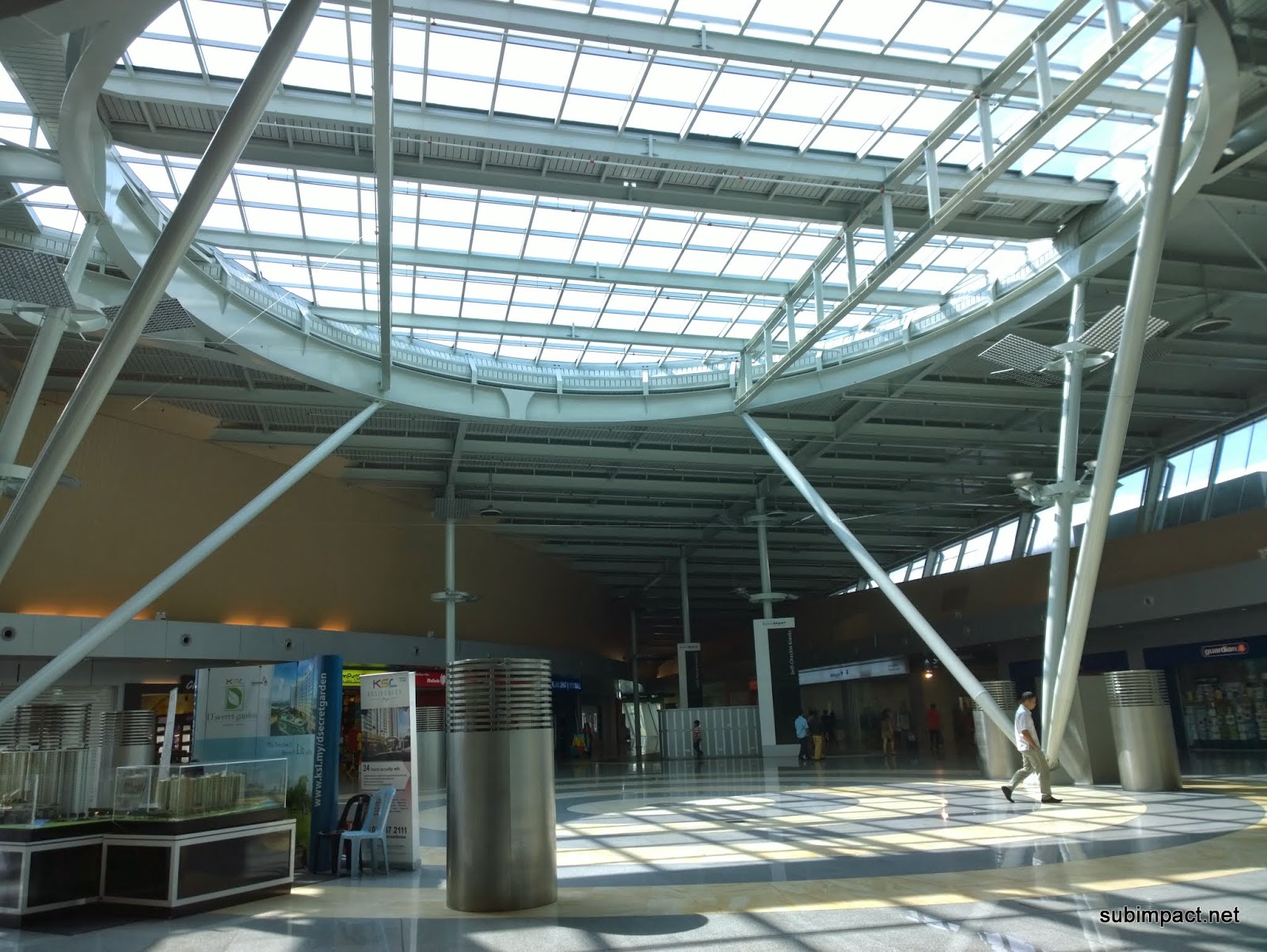 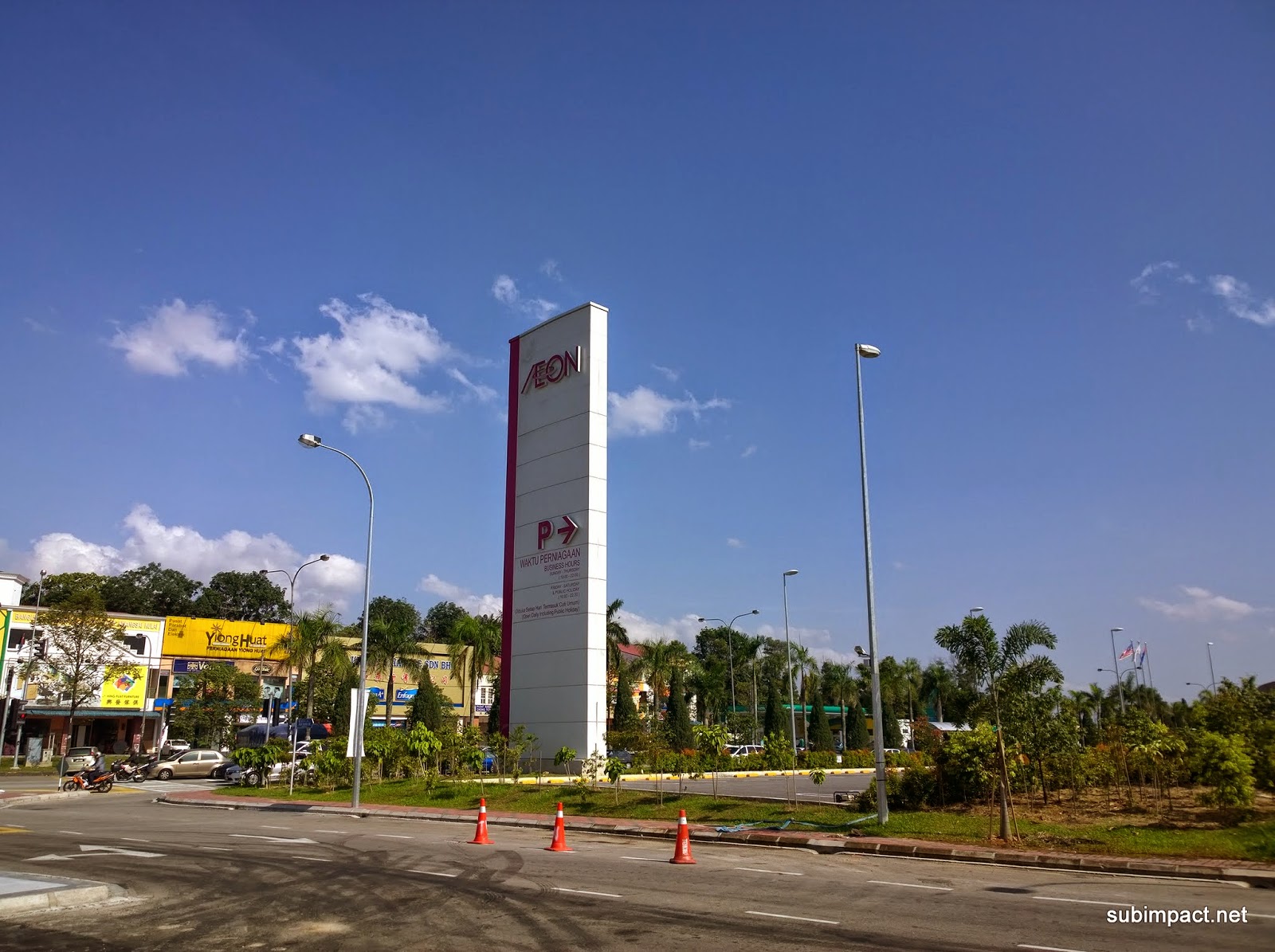 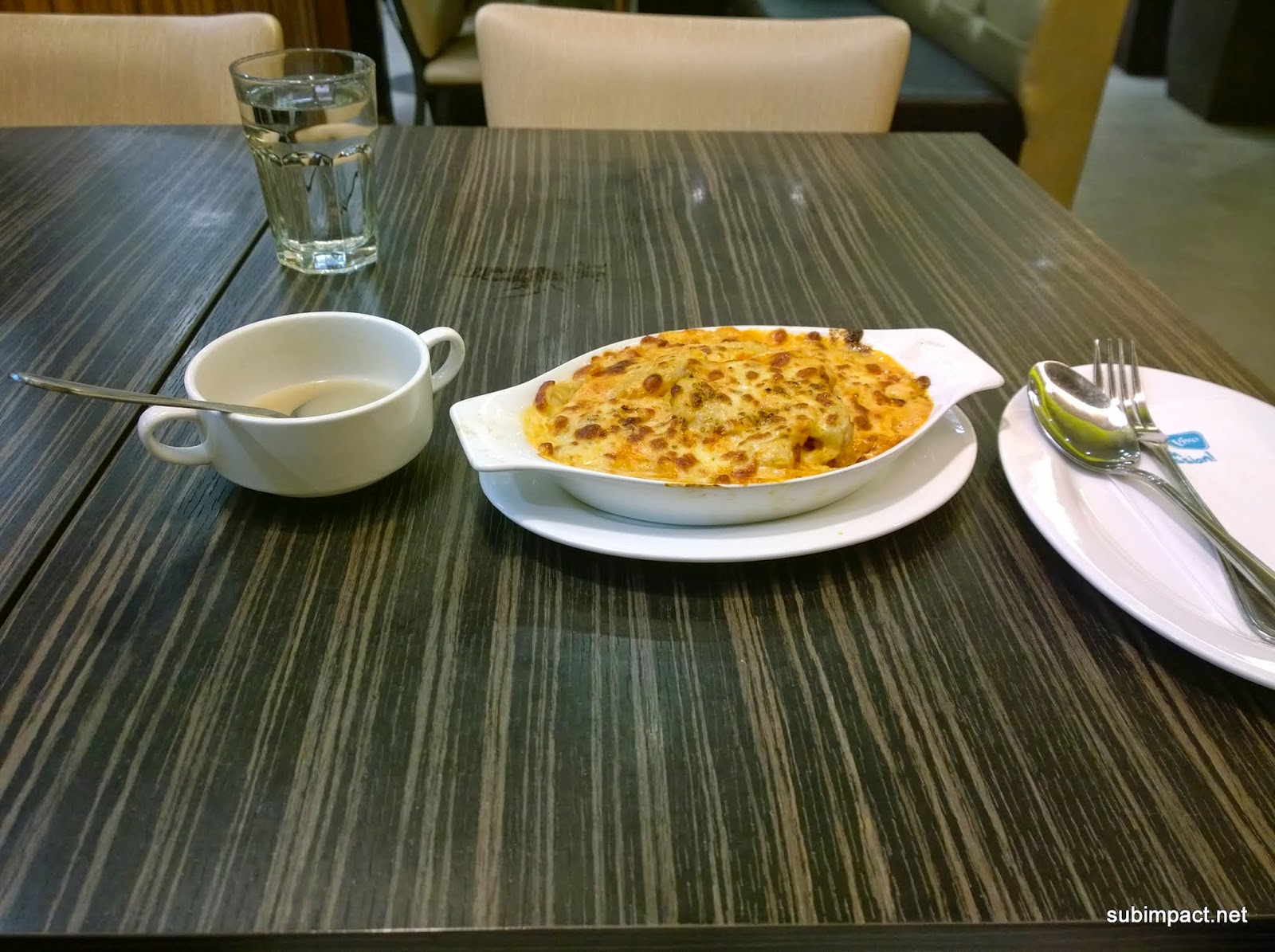 Motel was situated nearby a quite recent AEON shopping mall, where I manage to have my final carbo-loading session and head back for a quick shower and geared up myself for the run. 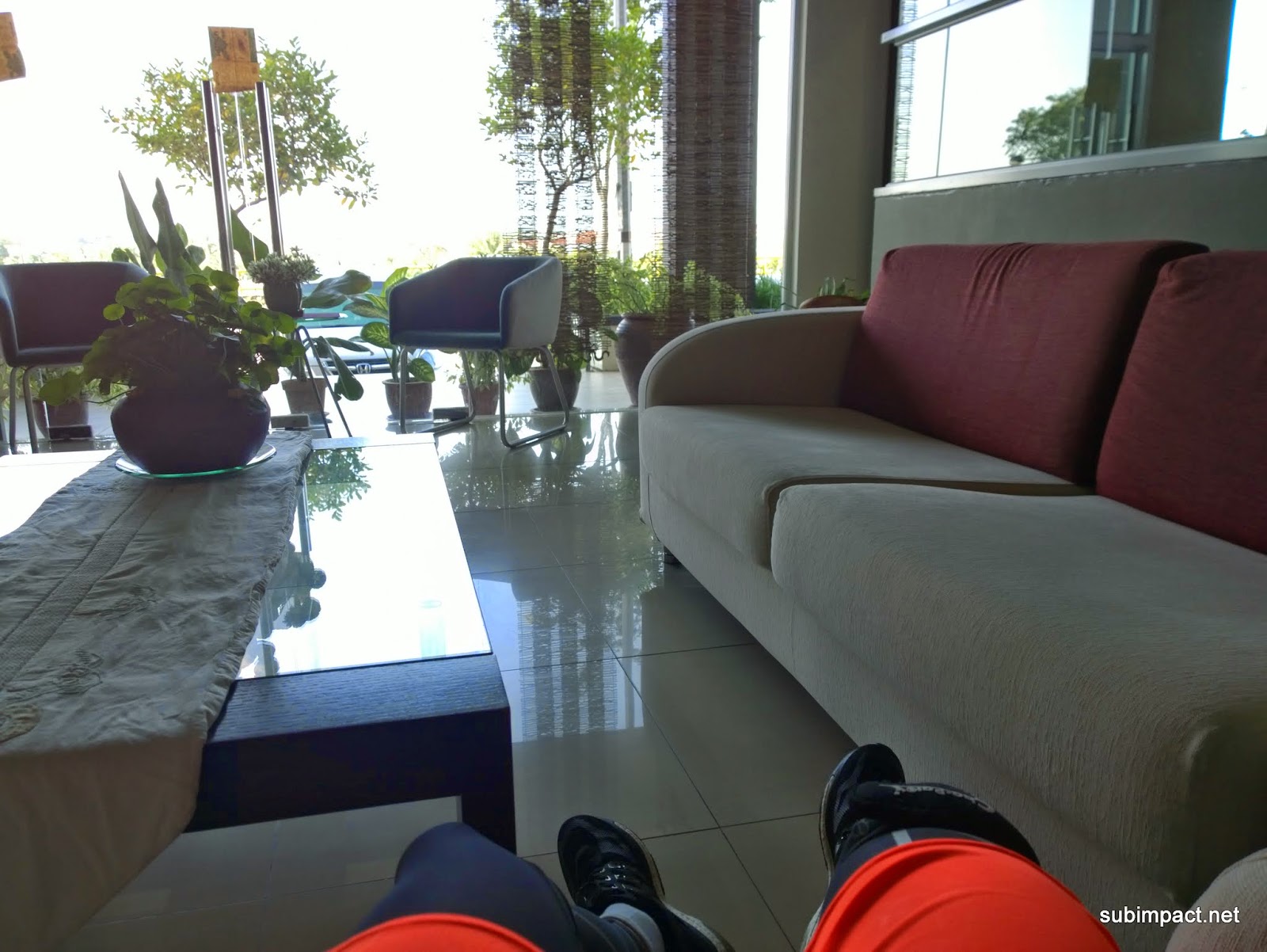 Apparently the event location was kinda new for my fellow Johorian friend as well and it was somesorta like a Putrajaya for Johor which consist of empty under develop lands. Manage to take a stroll at the new mall connecting towards LegoLand. So near yet so far, standing at the entrance of Legoland but unable to enter. (probably somewhere this year I shall adventure inside). 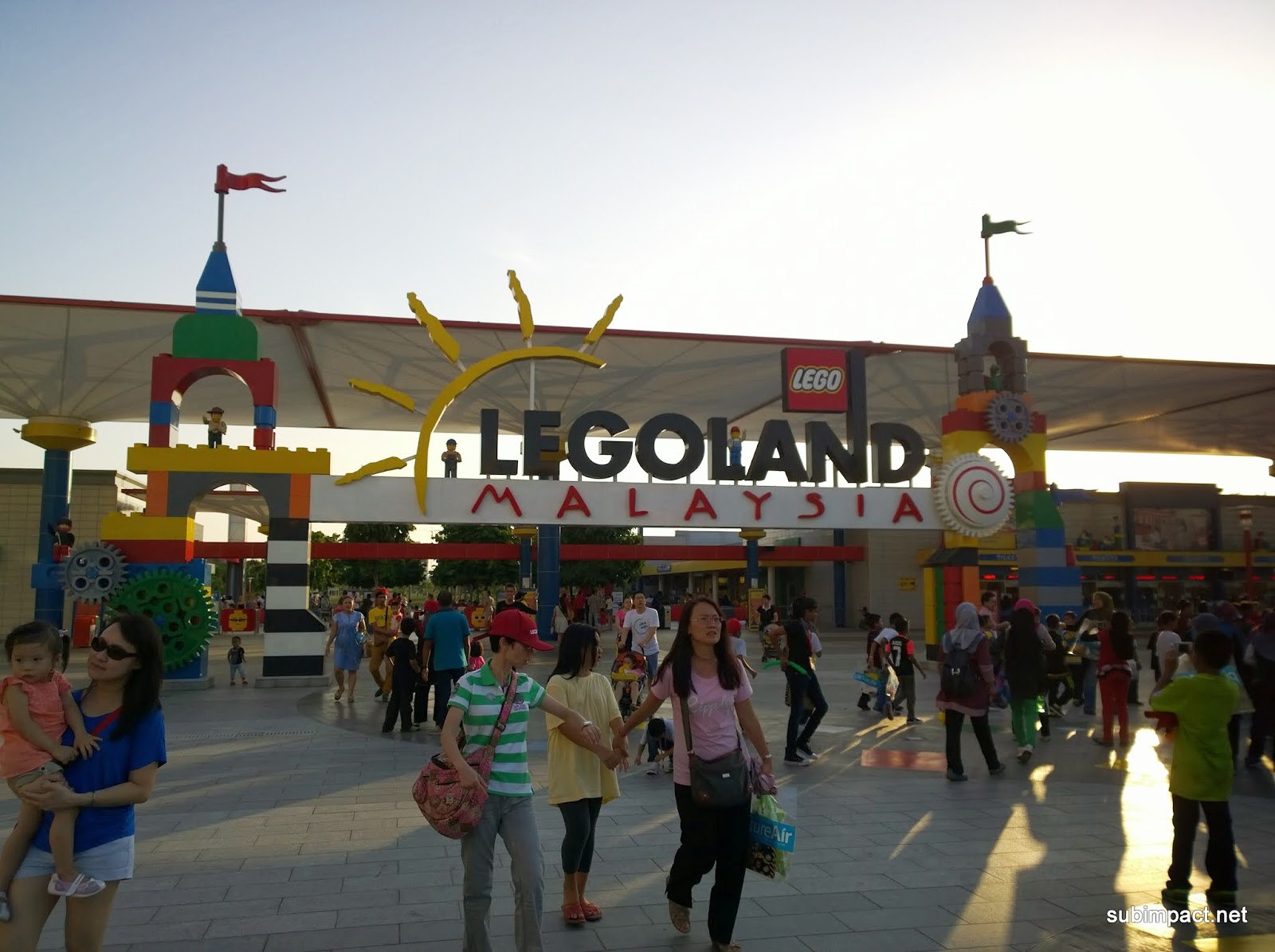 After taking the shutter bus to the race venue, we manage to explore a little of the stadium area, and i must say it is very quite a modern age structure stadium with awesome indoor court. 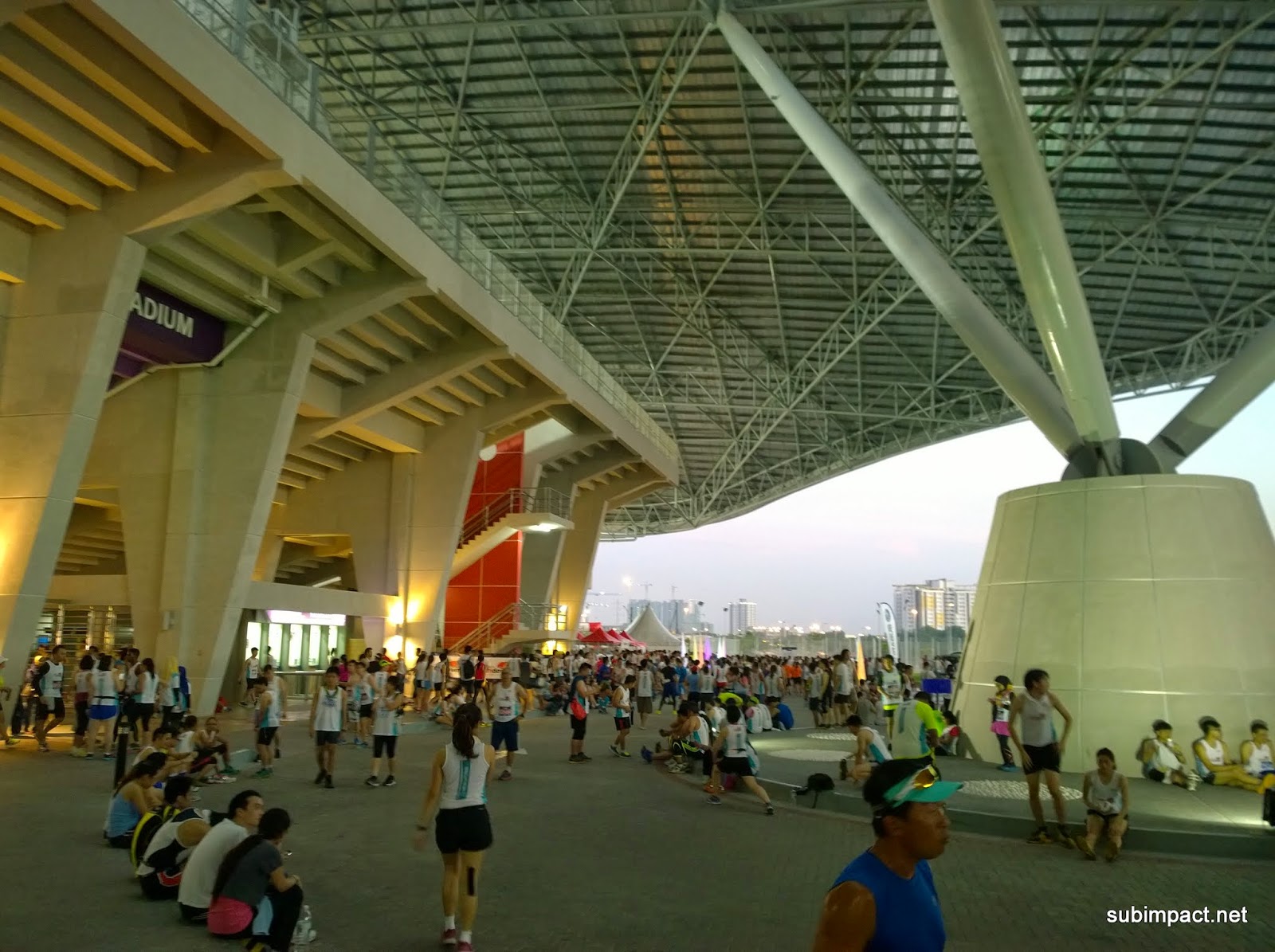 As the sunsets, the race starts where my friend and I started at the same pace, however half way through the first 1km where my friend said "see you at the Finish line"  That's where we part ways . for 2 and a half hours the route was pretty dull except a nice pass through via some Istana . 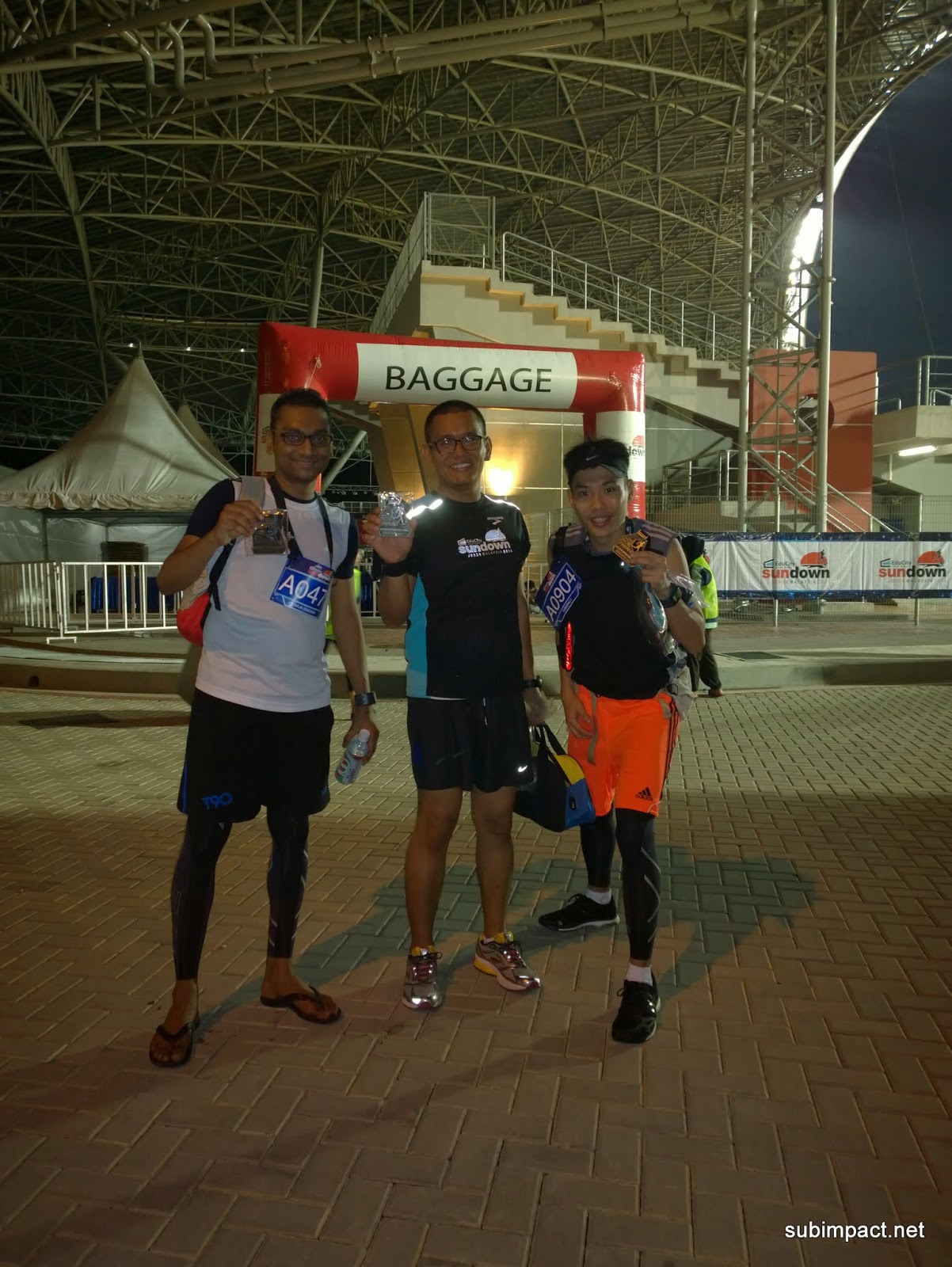 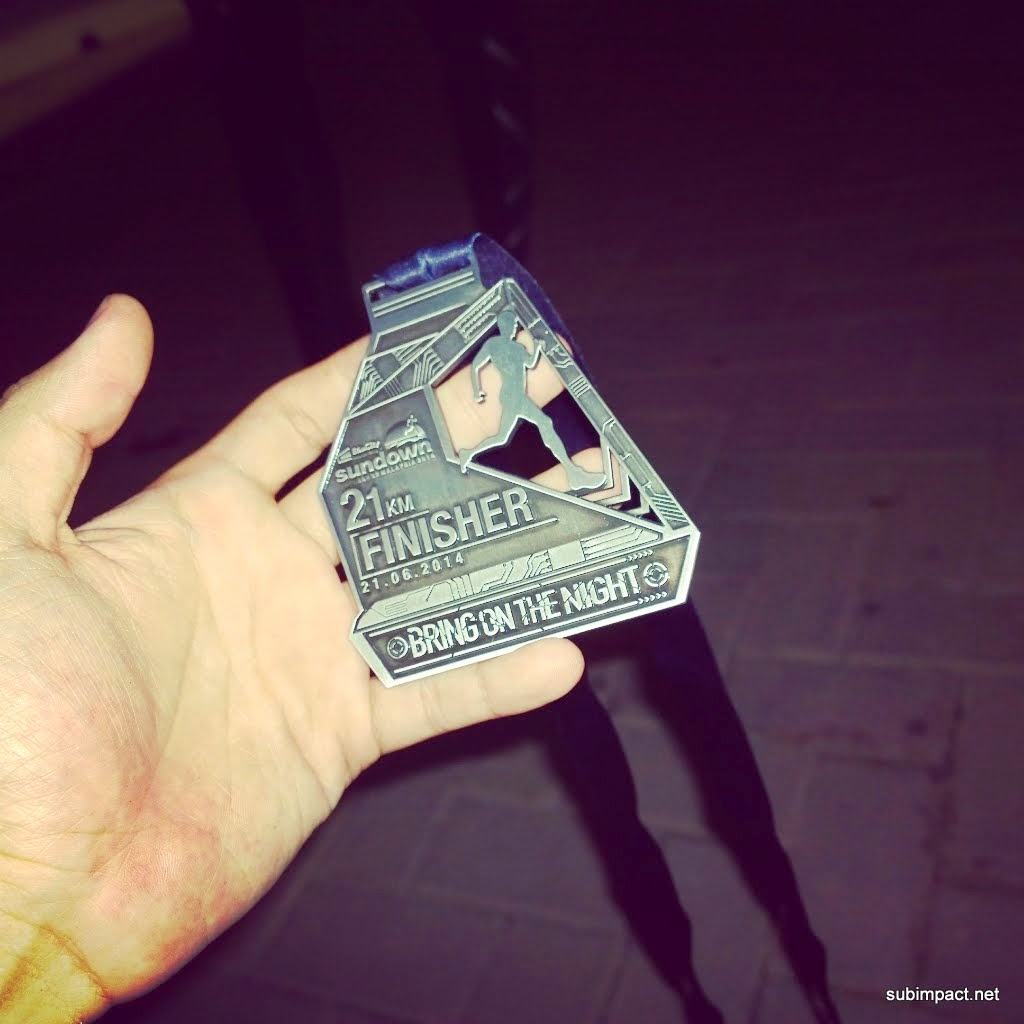 Slow escalated route in addition didn't really bothered me however I pancit around the 14km on the last water station where i manage to grab a huge bottle of Revive isotonic drink which totally spoiled my pacing. Overall a good run !! manage to finish it in 2hours 35 mins.

My new running shoe (Adios Boost) pretty much stayed loyal to my feet without any heating, or mushy feeling throughout the run. Kinda loving it.!! 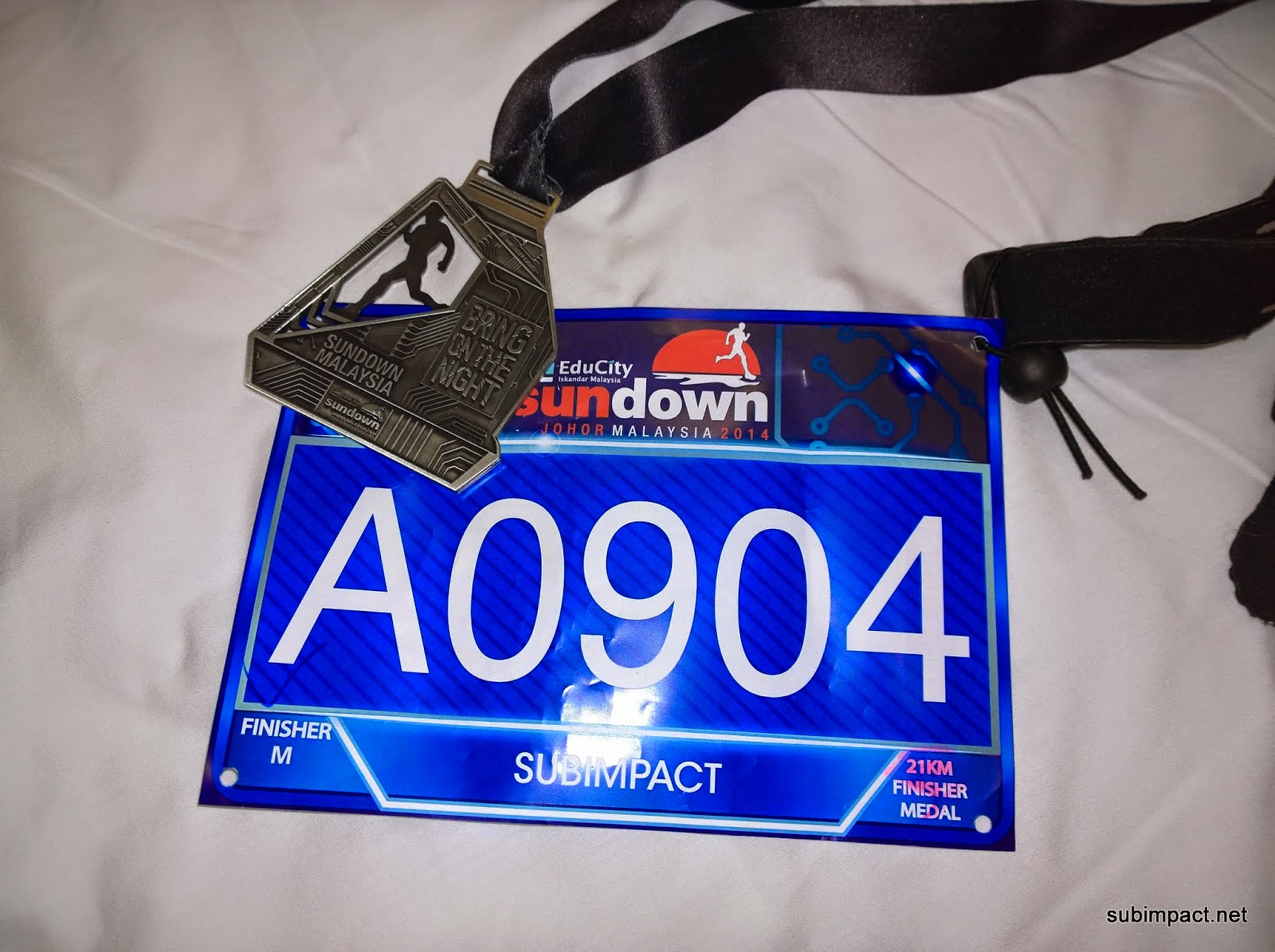 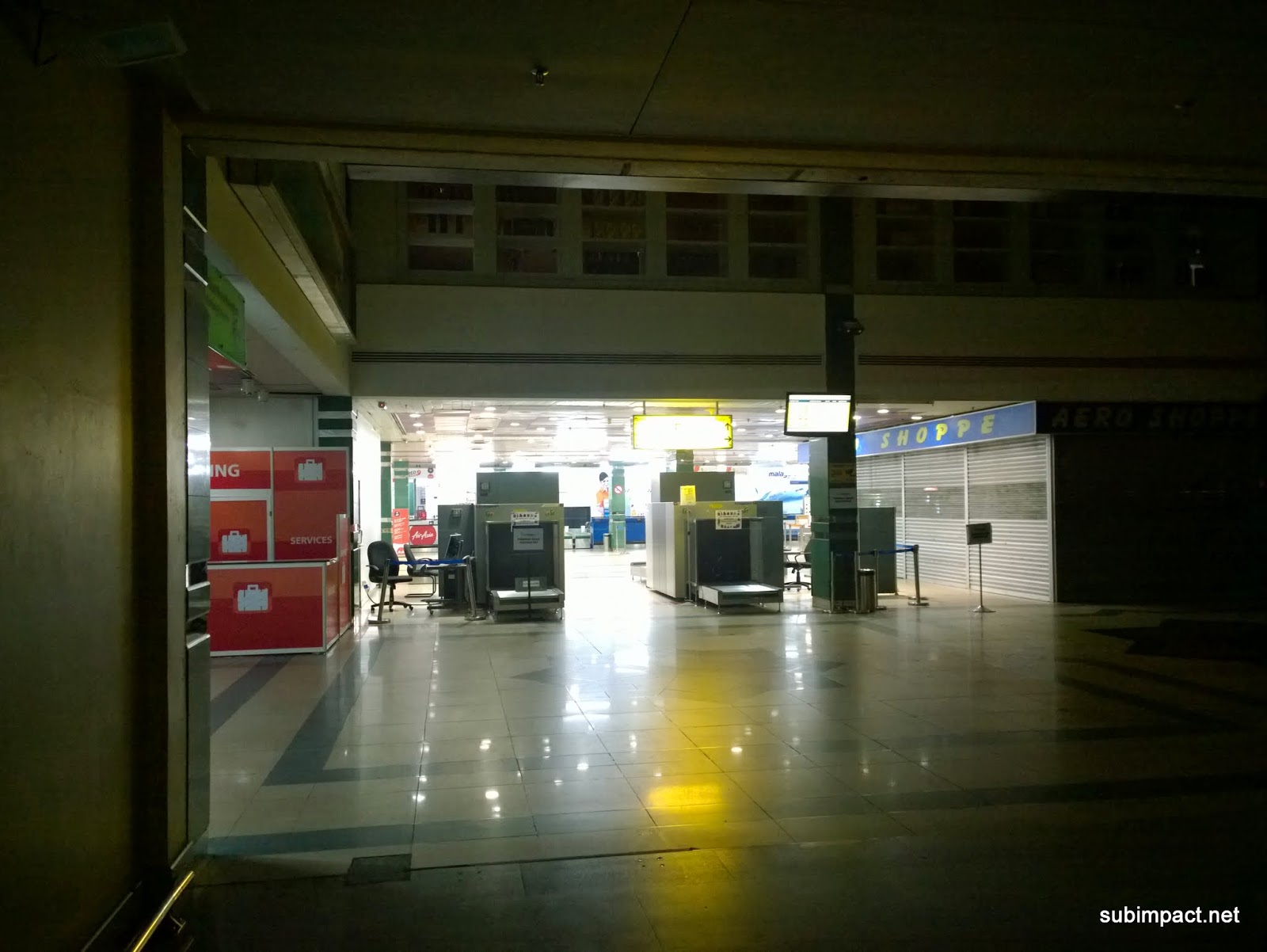 Without sleeping after the event checked out at 4am from the motel and off to Senai Airport . After touching down back to KLIA2 I kinda crashed flat out on my bed once return home.  guess its pretty worth the trip over to obtain a finisher Tee and an awesome medal. 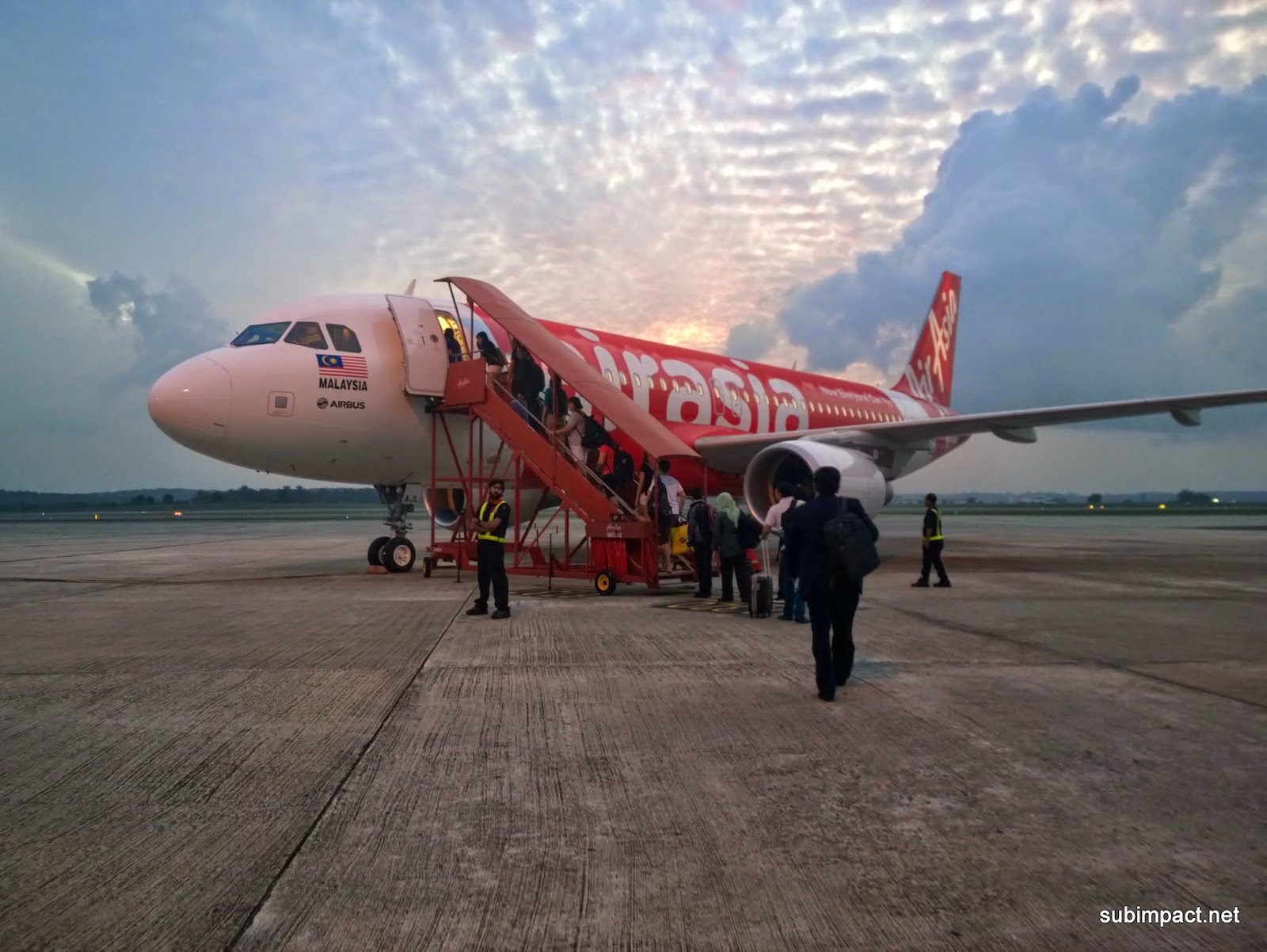 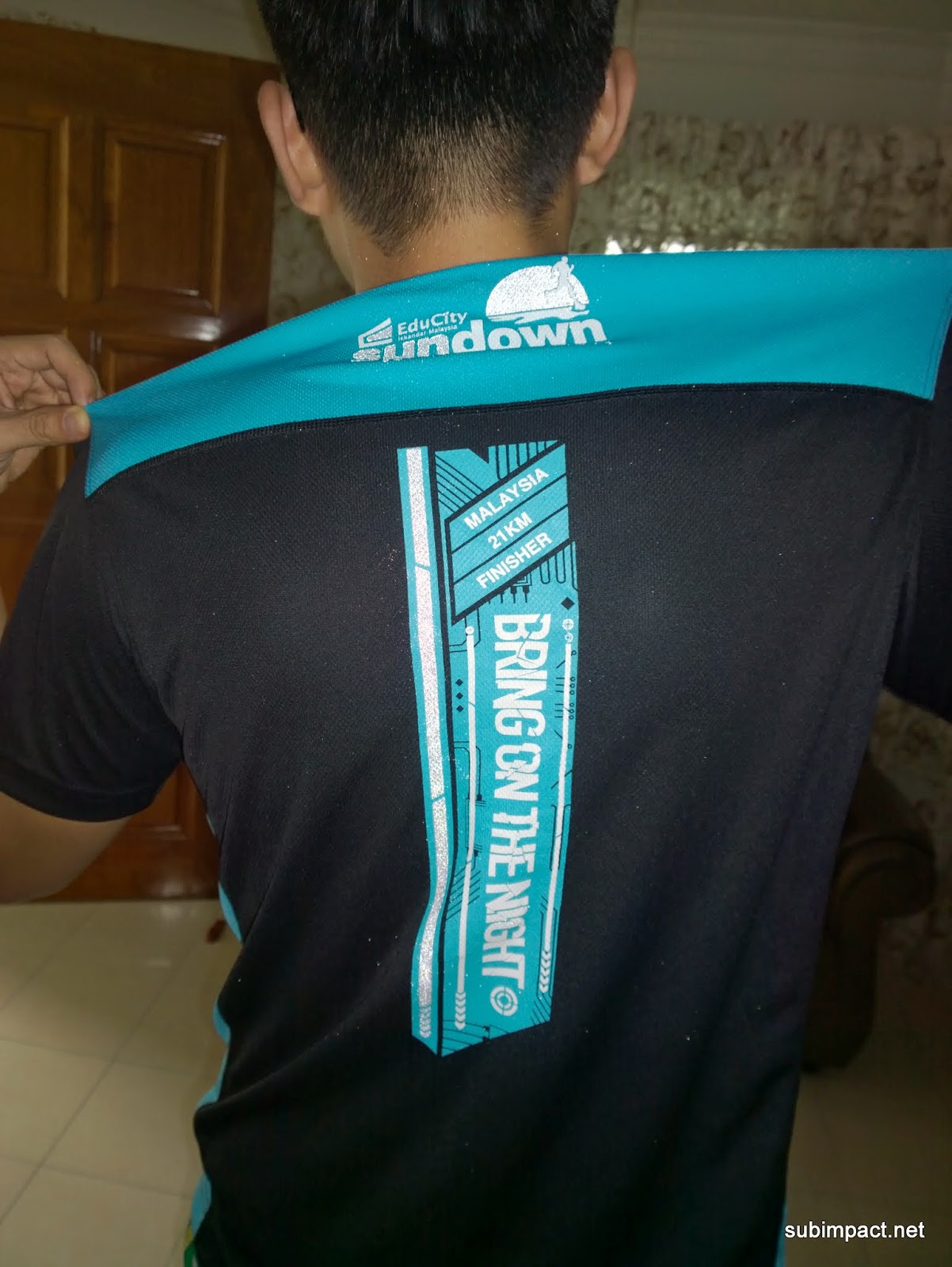 Greetings my fellow lurkers, seems I've been caught up with work and many excitements in life. Anyway back to blogging the living crap of of my life. I'll post up some of my review of the many big screen movies I've watched and the games that I recently purchased. Firstly, with out further a due yesterday I get to watch the movie Real Steel. The build up the story unfolds when Charlie Kenton founds out that his long lost 10 years GF had kicked the bucket, leaving him with a son that is 9 to 10 years old. Max Kenton: I'm 11 !!! Anyway the character that Hugh Jackman is playing a no good, hard headed father which doesn't much care much for the well being of his son. He still shows some affection when he did gave his son a burrito. ( I like how movies give out small hints to think about the relationship between father and son as the movie unfolds) I won't give spoilers for the movie too much. But it's been awhile where movie