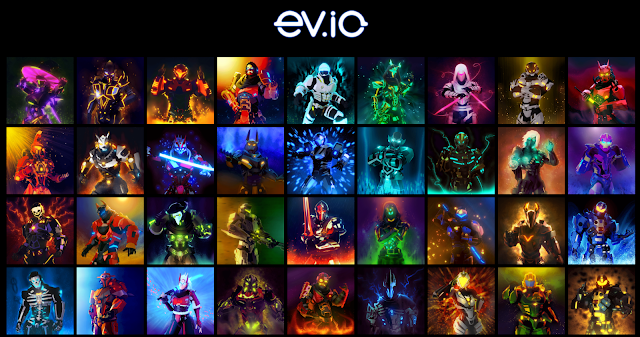 Added swords-only game mode (temporary). The speed is also doubled!
You can now earn from Ev.io Sword NFTs (the first edition of which was minted on Magic Eden)
Characters holding swords have improved animations
Added support for Coinbase Wallet
Improvements to the profile UI, including being able to equip/distinguish NFTs of the same name
Added team spawns to Ancient, Bishop and Fractal. Team spawns will only work in tourney mode.
Now the earn percentage for each asset appears in the lenders profile screen as well as the borrowers
You now get an achievement notification and 10 score (and a proportionate amount of e) for an assist! An assist occurs when you don't get the final shot but but do damage to someone within 5 seconds of them dying.
Estimated SOL earnings now appears on the scoreboard at the end of each game (you must enable "Show SOL earning estimate at the end of each game" in settings.
Fixed some ui issues with capture the flag
Fixed gliding animation not showing when you jump into a teleporter in BR
Re-added the dance music (type /dance in the chat) and fixed audio issues with multiple players dancing near each other at the same time
Fixed issue of the profile image not changing in certain areas (such as the scoreboard) when you change skins
Fixed tourney mode allowing you to see unpublished maps submitted by the community
Fixed the bot game option not working when creating private games for LTS
Fixed spectators affecting player spawns
Bots have a respawn time
Fixed the sprint graphic repeating and not taking up the full height of the screen
You can now change the # of kills to win the game in TDM in tourney mode (10 kill minimum)
The earn panel will no longer show in cinematic mode