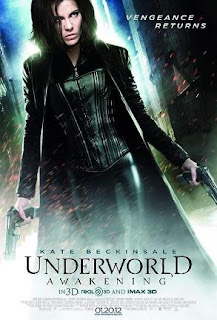 Yesterday manage to go and catch a movie at pavilion with someone that I'm fond of. I'm pretty amazed by technology today. 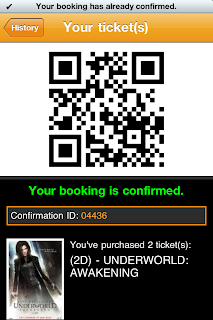 I've just purchased the tickets a day before via my Iphone app and with a scan of the 2d barcode via my phone, the automated gate allowed that many person to enter to the entrance of the movie halls. At least I'm doing mother nature a favor of reducing ticket stubs :D 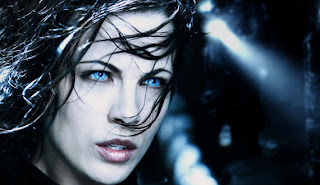 Oh yes, this is the forth installment of the underworld franchise and I've been following it since the first movie. Well it has vampires, lycans (werewolves), chick in tight latex Ala matrix style, gun fights, gore, goth, a decent love story? and pretty good soundtracks. Considering this is the continuity from the second movie of Underworld as the third one was actually a prequel for the entire series. 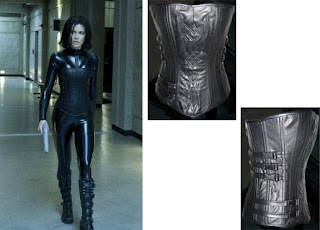 New viewers of this franchise will not be lost in this latest installment because there was a brief introduction of  all previous 3 series. On the side note, hall 13 of GSC surpasses the view-ability since the projection was crystal clear / life like / opera presentation. It was watching underworld live version :D 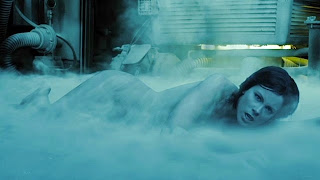 Story wise, there was a great purge going on where lycans and vampires are getting exterminated by humans. The heroine and her lover made a call for leaving the city however sadly failed and ended up stasis for 12 years. 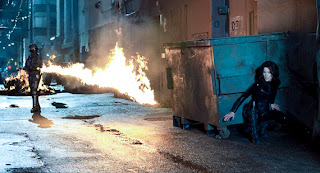 As the heroine woke up from her slumber, she was pretty lost and from there trying to find her other half. Among the heat of it, she found another truth over the 12 years period of hibernation. Anyway don't wanna spoil more for you guys. Go watch it. 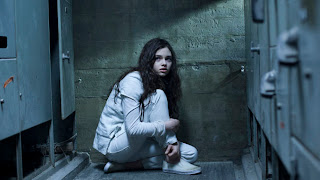 Story line was... wait a minute whats up with all this family matters/value in movies lately, from real steel to Viral Factor and now this movie too. anyway the director kinda grasp my attention towards the plot has well as a clean presentation of the feeling shown by the mother and child as well has her lost beloved one. 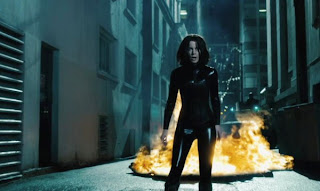 The movie also makes you grip your seat for its action pack thrill ride takes you all over the place of the screen has John Woo style gun fights + gory neck ripping, blood gushing scene would surely not bore the viewers out. 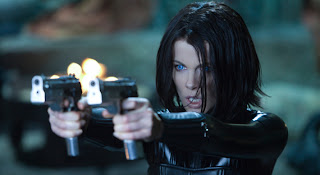 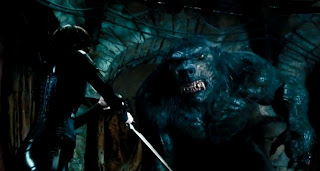 For those that has follow on the series, I must say in my humble opinion that this new installment certainly did not disappoint me. The effects are superbly well done, as you can see Kate Beckinsale still has her groove and stylish finishers. A few good fighting scene where a werewolf was trying to get the best of her. Of course the werewolf cheated and used steroids and gets a few dosage where you would never expected. 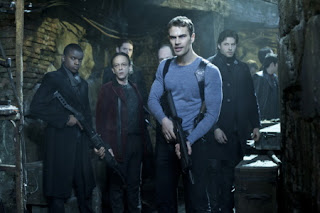 The whole story evolves around the heroine, and her offspring where she holds the key of uber supreme power for the lycans. So yea there was a twist in the plot as well and the finale fight scene was quite a little predictable but it was fun to see how it did played out. 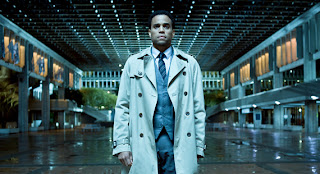 The movie ended short when both my acquaintance and me was just getting the climax of the movie. 1 hour and 30 mins time frame and yet so much that should be rolling out to make it a 2 hour show. But the director ensures us that the movie franchise does not end there.

So, most likely there would be a 5th installment of the movie where I can presume the new vampire dude would fall for that small hybrid girl and they would kick off another point of view of the whole underworld franchise. Who knows, that's just my hypothetical theory.

In conclusion its seriously a nice show to pay to watch at the cinema, be warned tho, human which dislike blood gashing out or scene of brutality should not be advisable to watch this movie. Overall I would give a 7.5/10