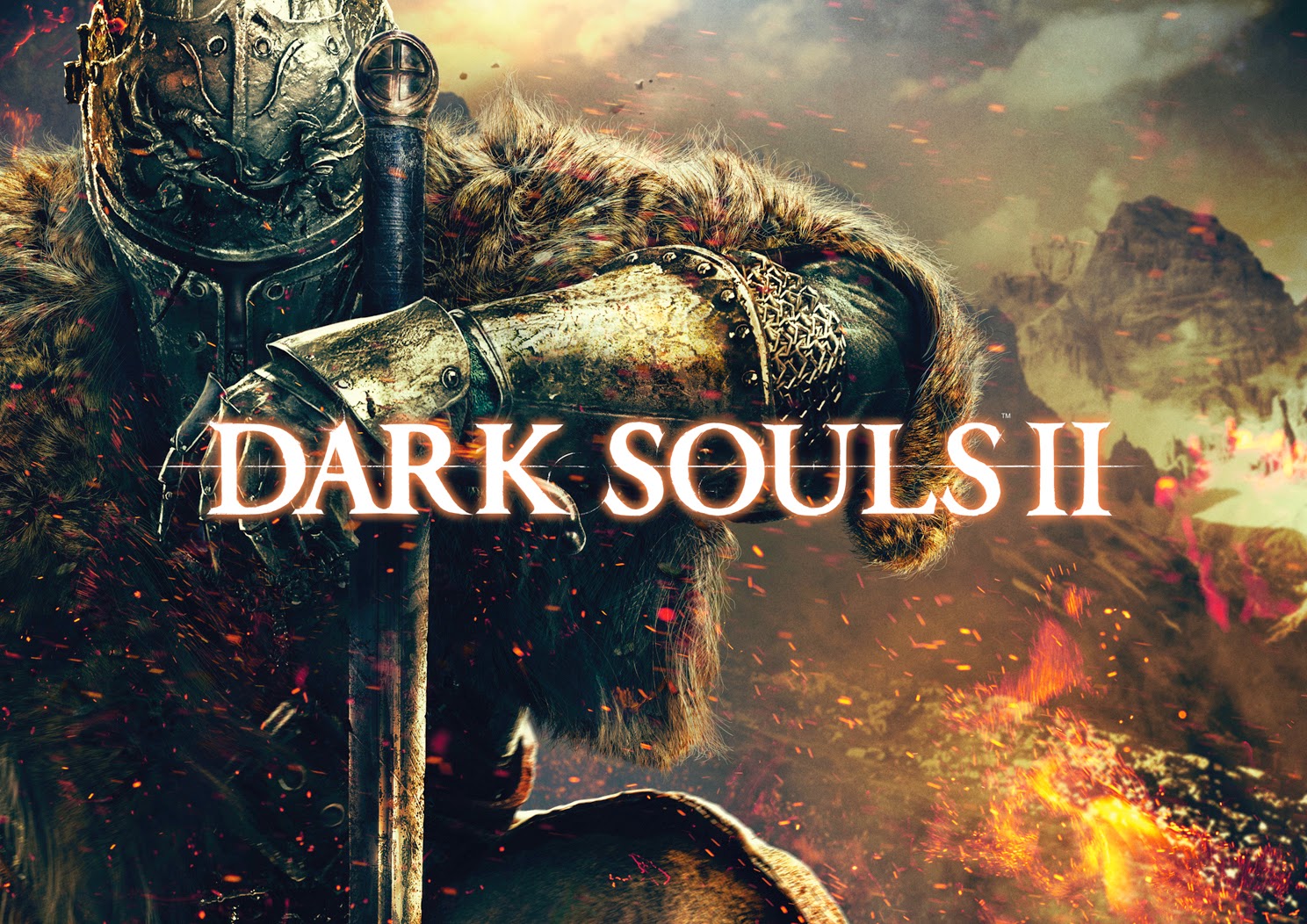 Dark Souls II is one of the most brutal unforgiving ARPG of all time based from its predecessors, Dark Souls 1 and the father figure Demon Souls which was only available on PS3. Its been release for the PS3 & Xbox 360 on March 11 2014 and PC version on the 24 April 2014. 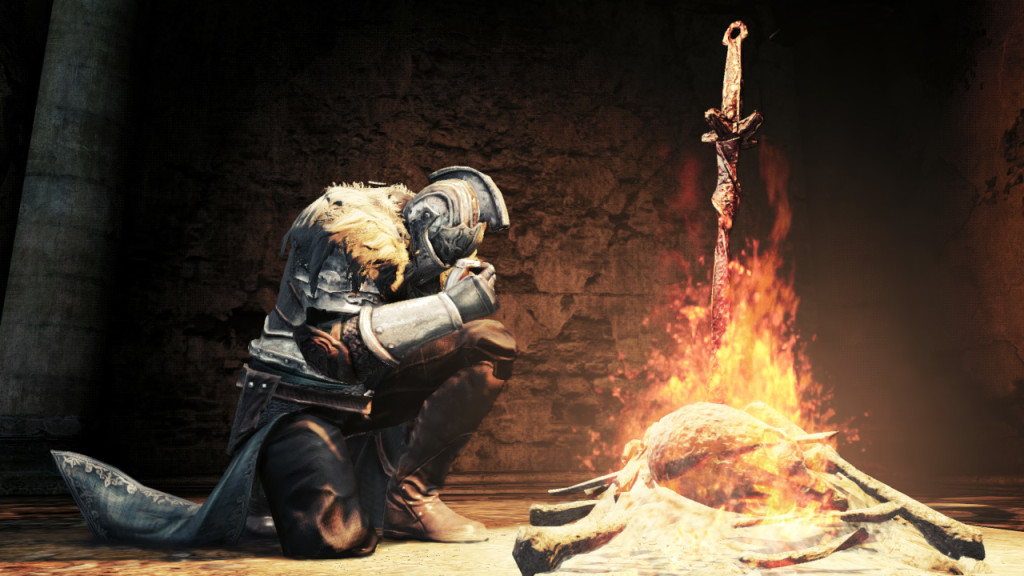 Over the week, been hibernating at home (reason for not updating thy blog) was due to an itch for a hardcore ARPG dungeon slaying game. I did missed on the bandwagon of the initial released of the game on PC which was on the 24 April 2014. Didn't compelled on actually playing Dark Souls 1 too since my PS3 pretty much kinda unofficially died and that really did put me off on getting it for the PC version because during that time my laptop is not that of an uber beast to run the game.

I truly loved Demon Souls, it was so old school and yet hardcore at the same time. I kinda racked up like a solid 300 hours in that game on the PS3. I thinkso left off like 5 - 8  trophies before getting a plat for it.

Alas this month, I've manage to snag if off STEAM and able to venture into the depths of stress and despair this time around. Story talks about us being a cursed undead and how we need to find some cure , via starting up at a main town called MAJU-LA (Advance la if in direct translation of manglish) and the story unfolds, about a King went into exile due to his evil evil wife queen in the land of Drangleic. 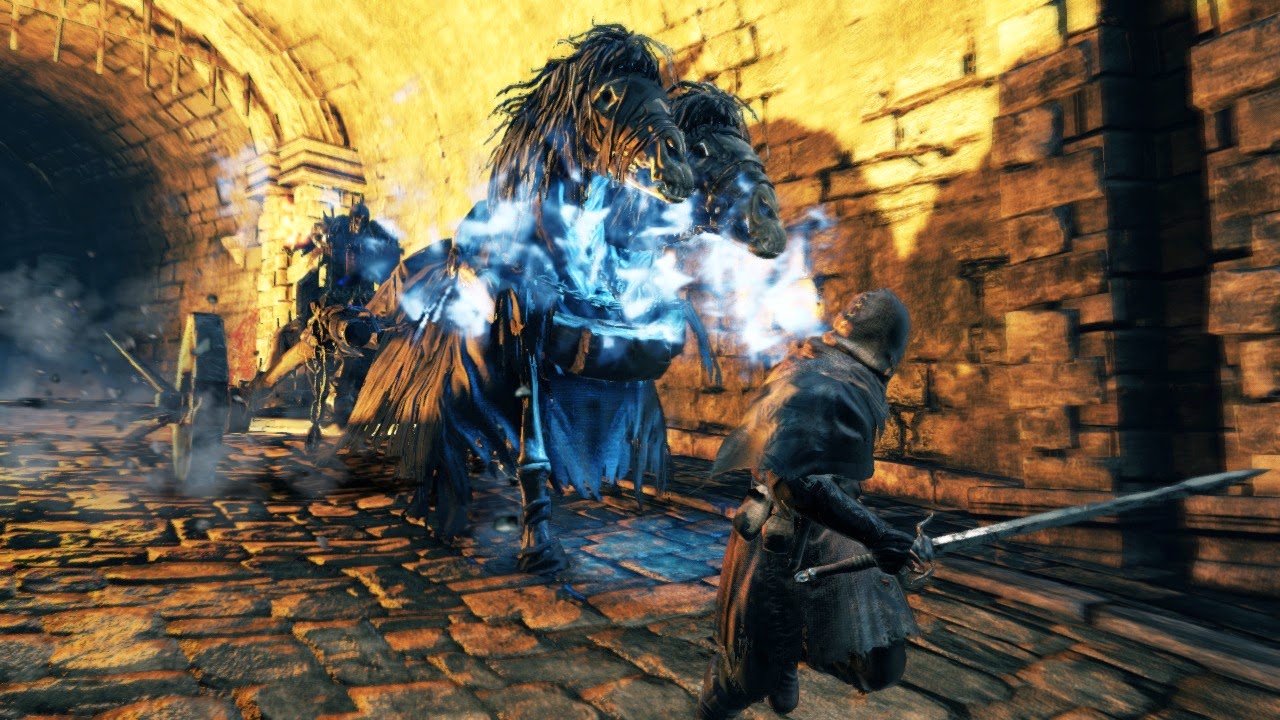 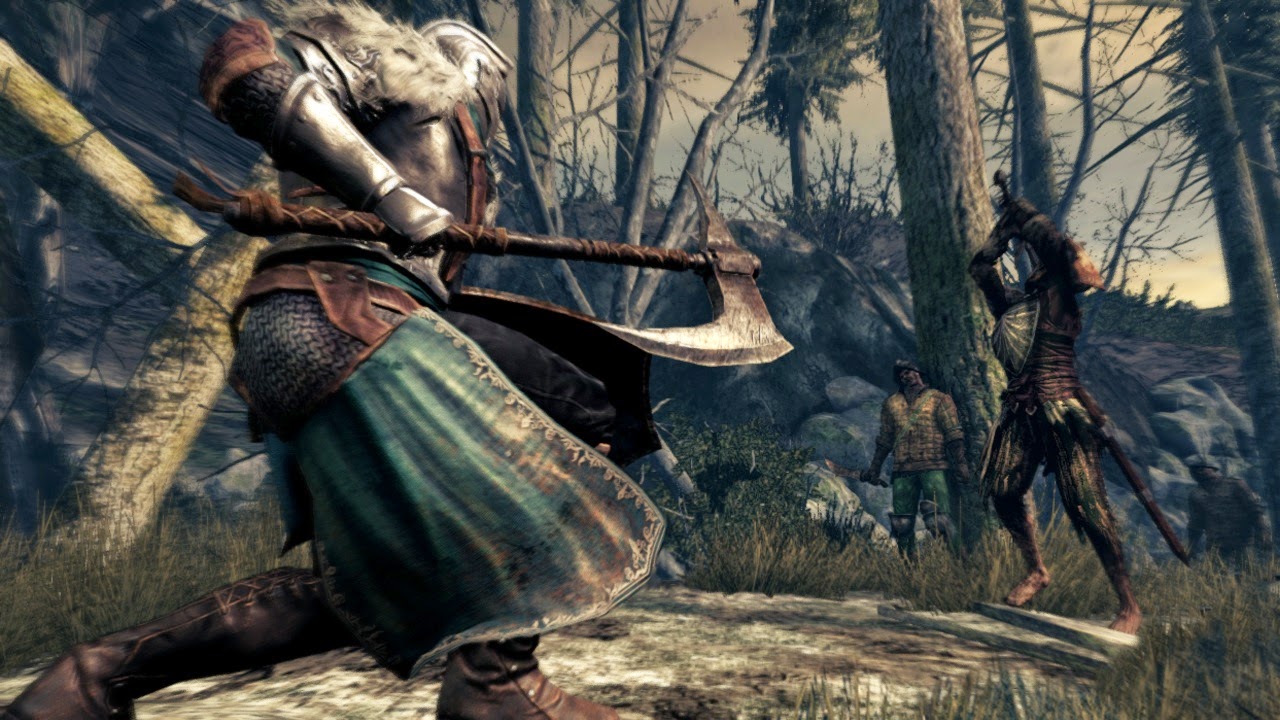 As for the first impression, oh boy the graphics is amazing even on medium settings, blur motion effects , the foliage, lighting effects from the sun , spells and stormy weather is absolutely gorgeous. 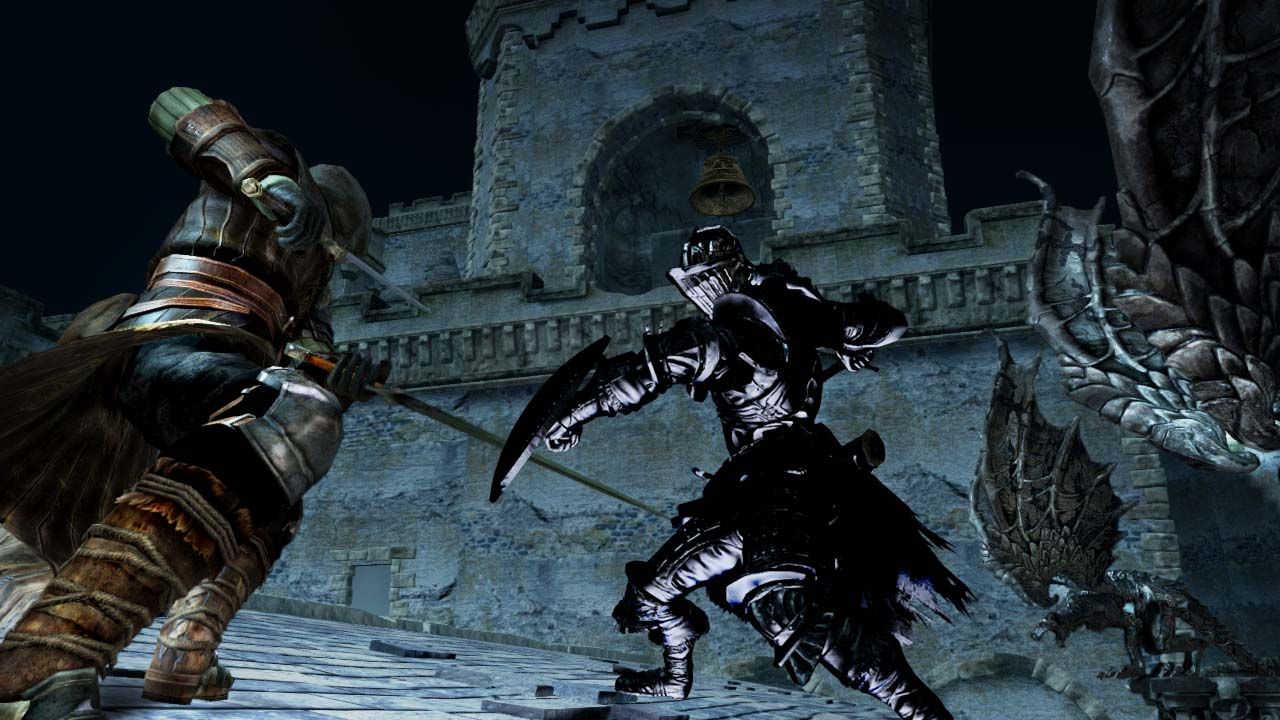 Players able to use an in game currency which is called Soul which is obtained by killing stuff  or using trapped souls collected from dead bodies or treasure chest all around Drangleic. Do note that this currency is also used in levelling up character stats and certain spells requires a small usage of soul as well.

Death in the game is all seem to familiar like in the franchise line where you will drop all your Souls (currency) on the first death and turn your character into a hollow (undead). Players would need to track back to their death point and retrieve their souls and of course, mobs that been killed will be respawn. Adding to the tension, dying the second time trying to retrieve your previous souls will lead to the evaporation of that soul pool. Not to forget each death in hollow form will reduce your max health.

In order to regain human form, one must attend in Co-Op and assist other players in defeating bosses or accomplishing in an orderly manner timed. using the white soap stones to let others to summon you to assist them. I always chuckle when I always as my friend to drop the soap during our co-op sessions. 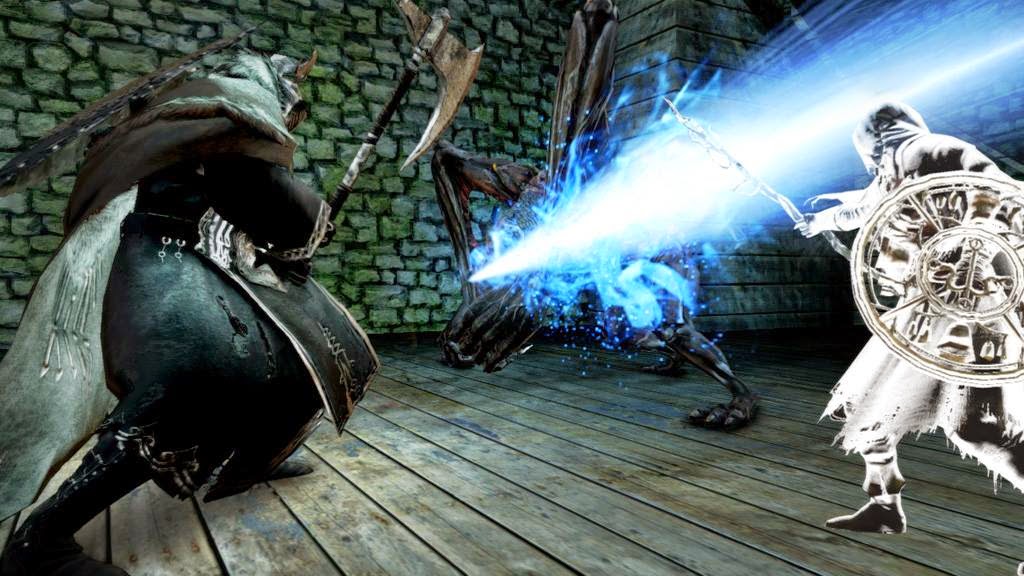 Most of the time, the game leaves me cringing on my mouse tightly due to the experience we tend to face more often on challenging map designs which may kill you soon enough before you know it. ahem.. The Gutter and the Majula's Pit. 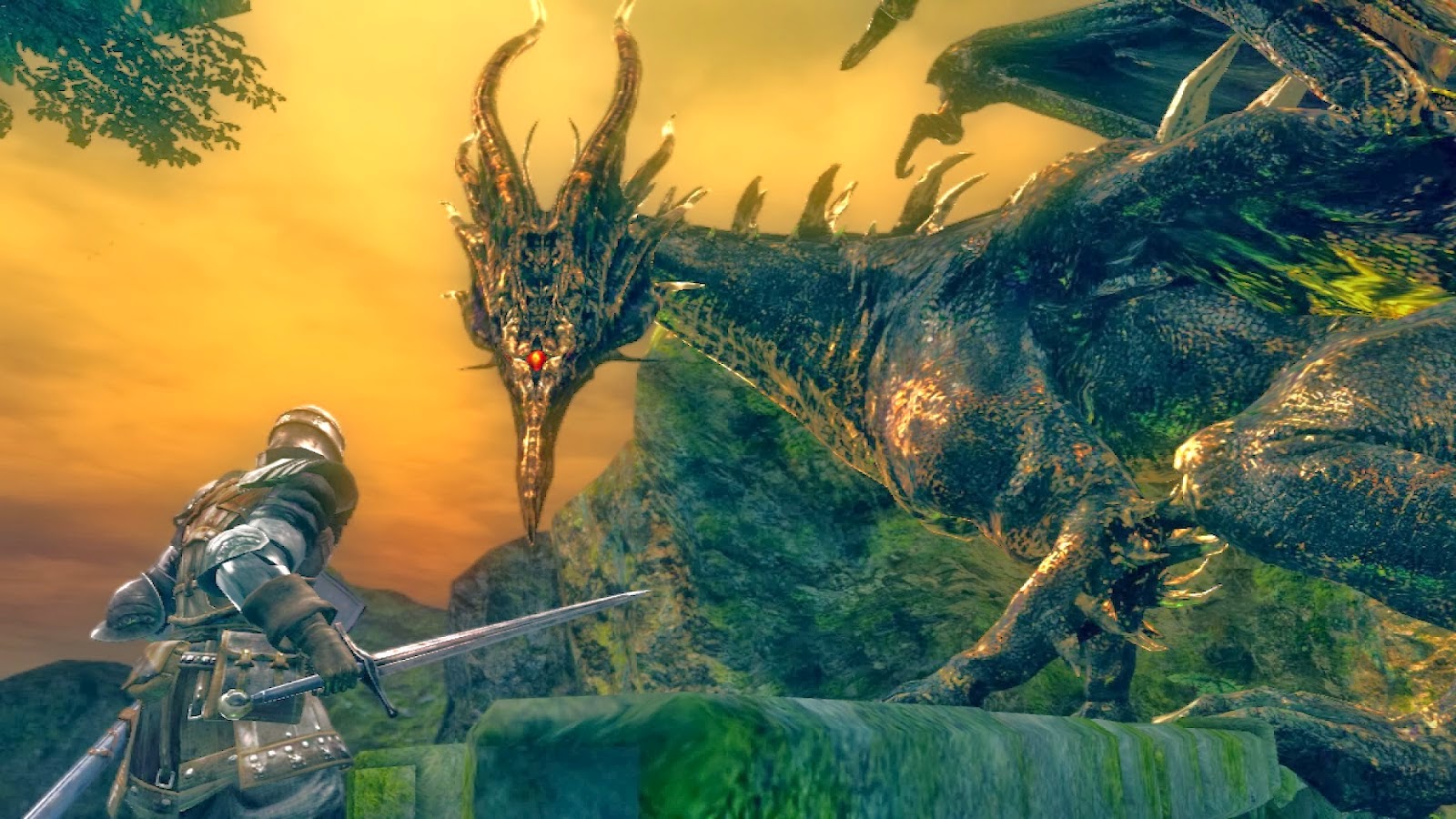 Other times, is being over confident in progressing on a single zone while forgetting to rest at a bonfire tends to lead to bad consequences which fills me up into a raging fits which plays in my mind. (Lucky didn't flip my computer table) 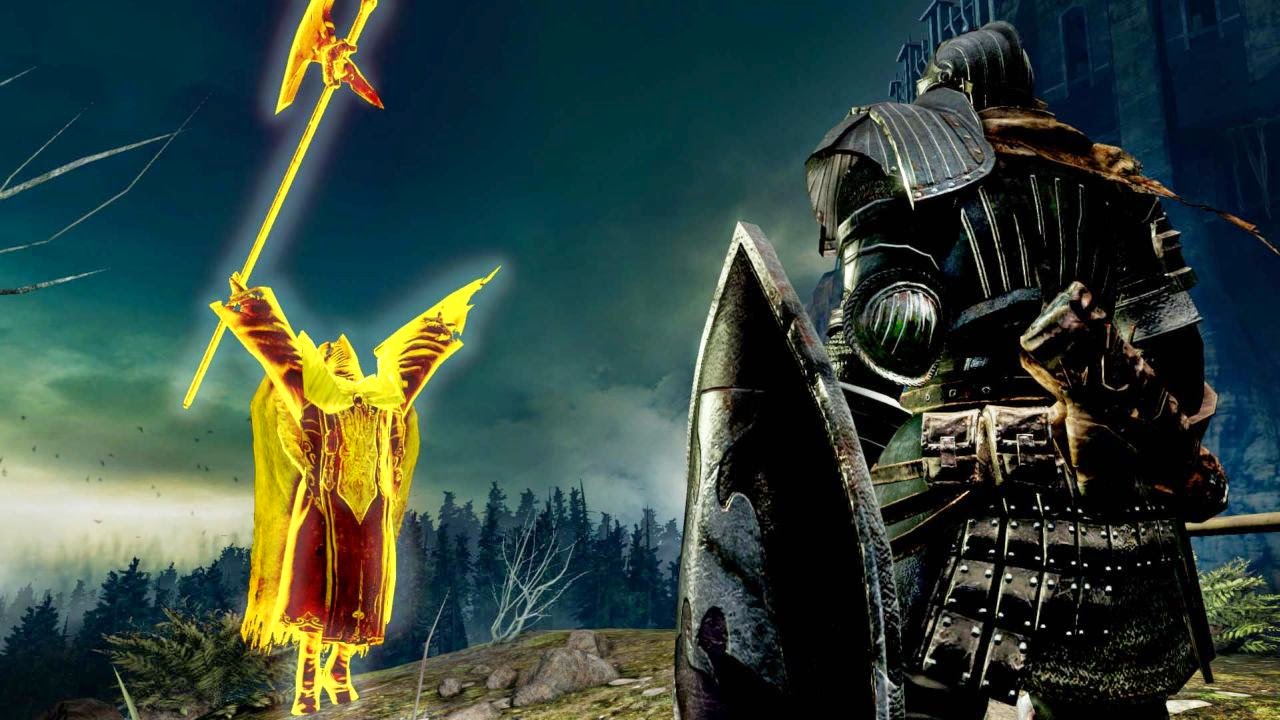 Boss fights are beautifully crafted with dodging and precision timing avoiding what ever the boss is throwing towards your character. But after awhile it some boss fights will get kinda repetitive except a few exceptional like the pursuer, looking glass knight, ruin sentinels, royal rat authority, dark lurker and of course the final boss :D below is one of the many boss fights:-


On thing that puts me off was , the game did went easy mode on me when I've obtain like 2+3 rings of life/soul protection which nullifies your death penalty whenever you die. Death was never a bother to me any more. Spells in this instalment feels less overpowered other than dark hexes which I felt imbalance for PVP due to its crazy DPS output on other players with low Dark defences. 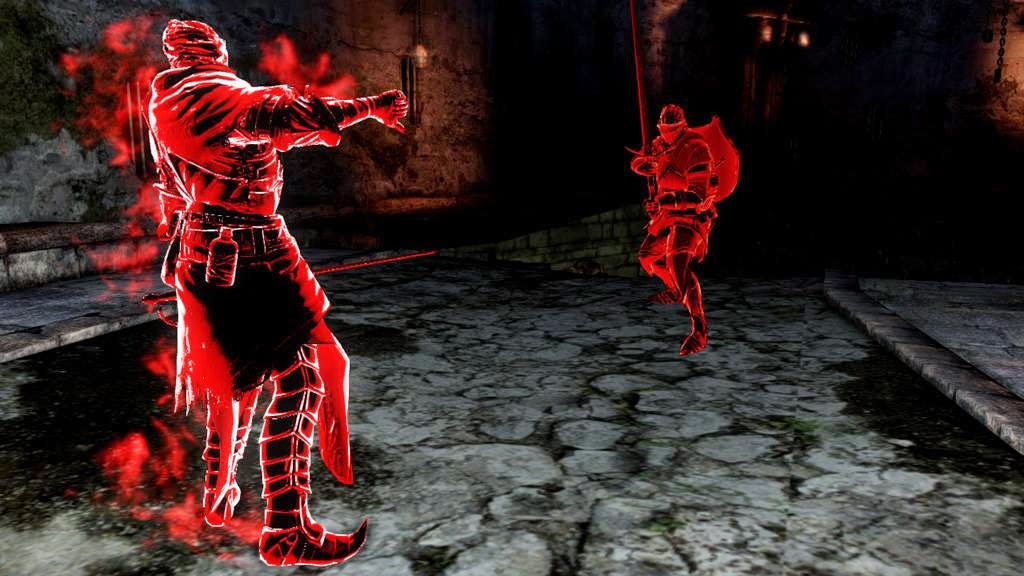 Plus side this franchise never disappoint in a wide arrays of arsenal for your disposal from knuckle weapons , bows to crossbows, many kind of swords,  hammers, staff, chimes, shields and ogling fancy armour sets to top on into the souls recipe of full win. oh ya not to forget *WHIPS* too...... 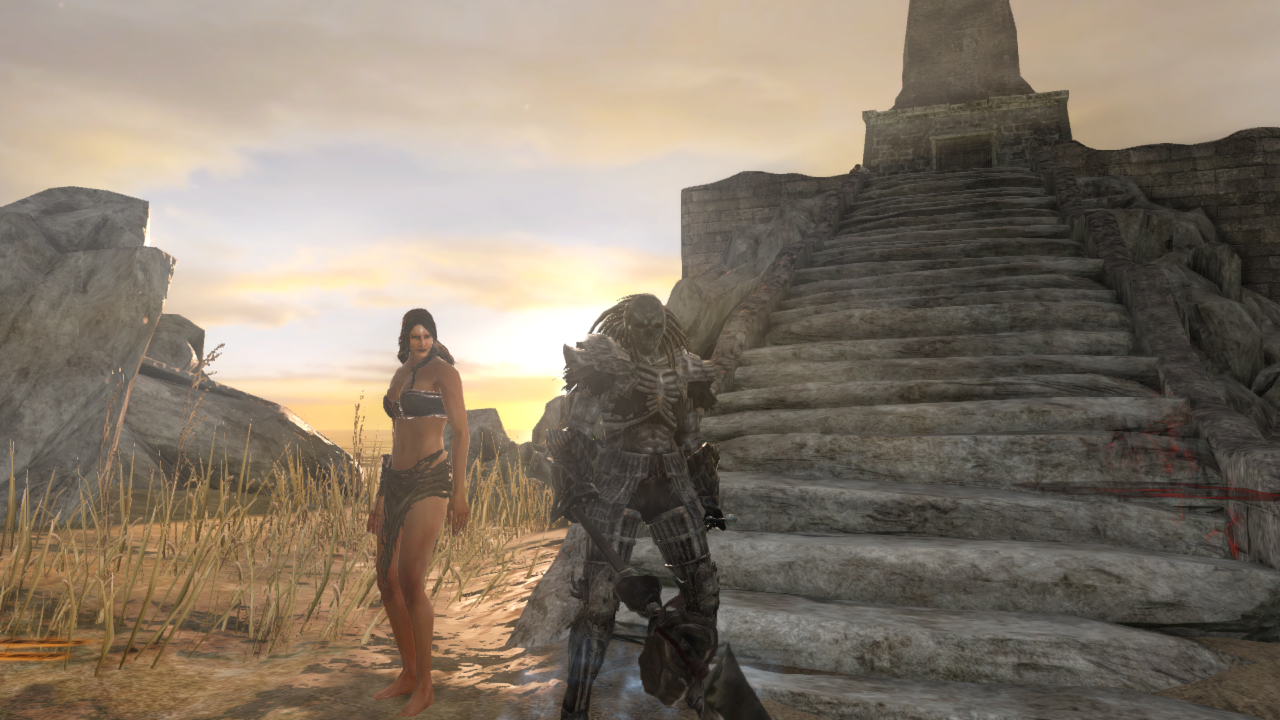 Story at times can be very weird and gets even weirder but hey its a Japanese game what else can be any weirder... but I really like the dungeon sensation whenever you enter to a new zone, trying to embrace what death lies ahead for you. Eerie feeling tends to happen from time to time at certain zones for instance when over heard some women voice singing at a far off your location at shrine of Amana.

To add the intensity of your stress & despair enjoyment, other players may also invade your realm as a phantom just like in the old demon souls. So cautious play style is needed at all times. One new feature was doing the Rat Covenant (ingame guilding system) where you are some sort of a dungeon master which requires set up traps in the zone for some victim to be challenged by your dungeon. Chameleon + backstab at its best to freak out passer by players :P 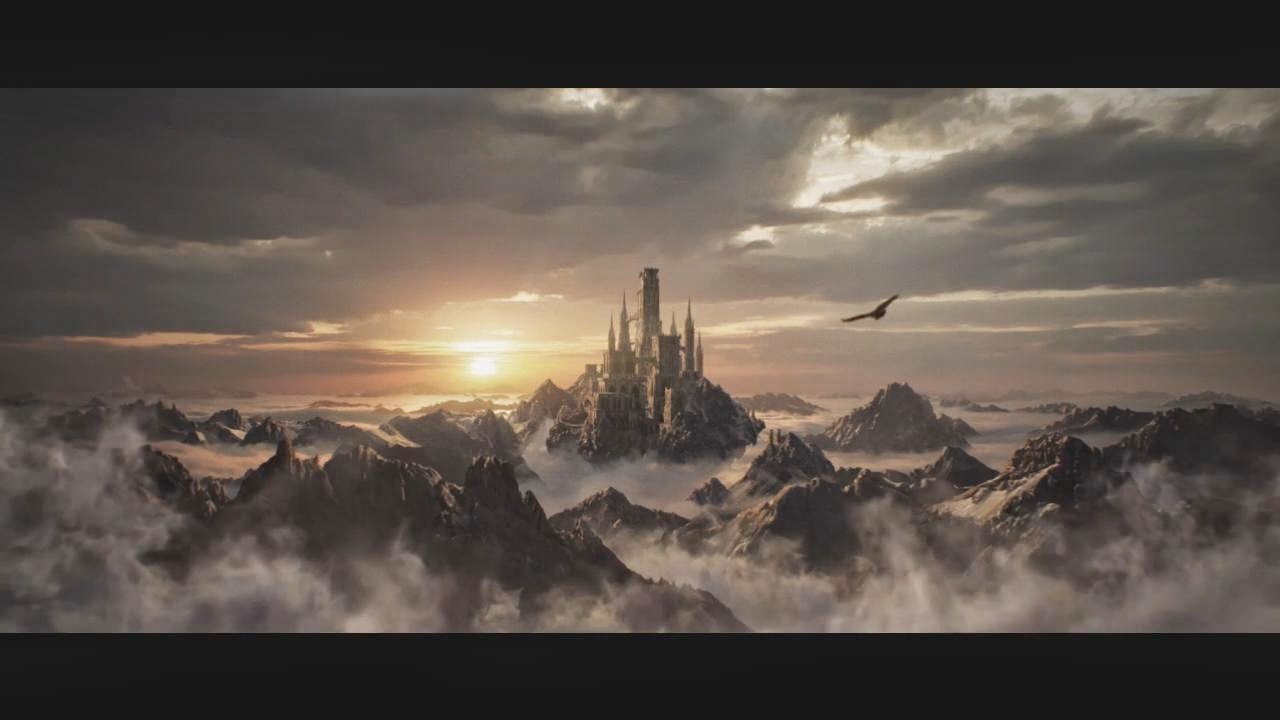 All in all it still does retain the demon soul minus the white and black tendencies of the game where it affects the game world. PVP system has been kinda of a stepped down but in replacement with other covenants to cover it up. Not to forget the major huge huge world of Drangleic which tempts you to explore every inch of the area. Some scenery is just too plain breath taking like the epic dragon aerie or Drangleic castle zone. 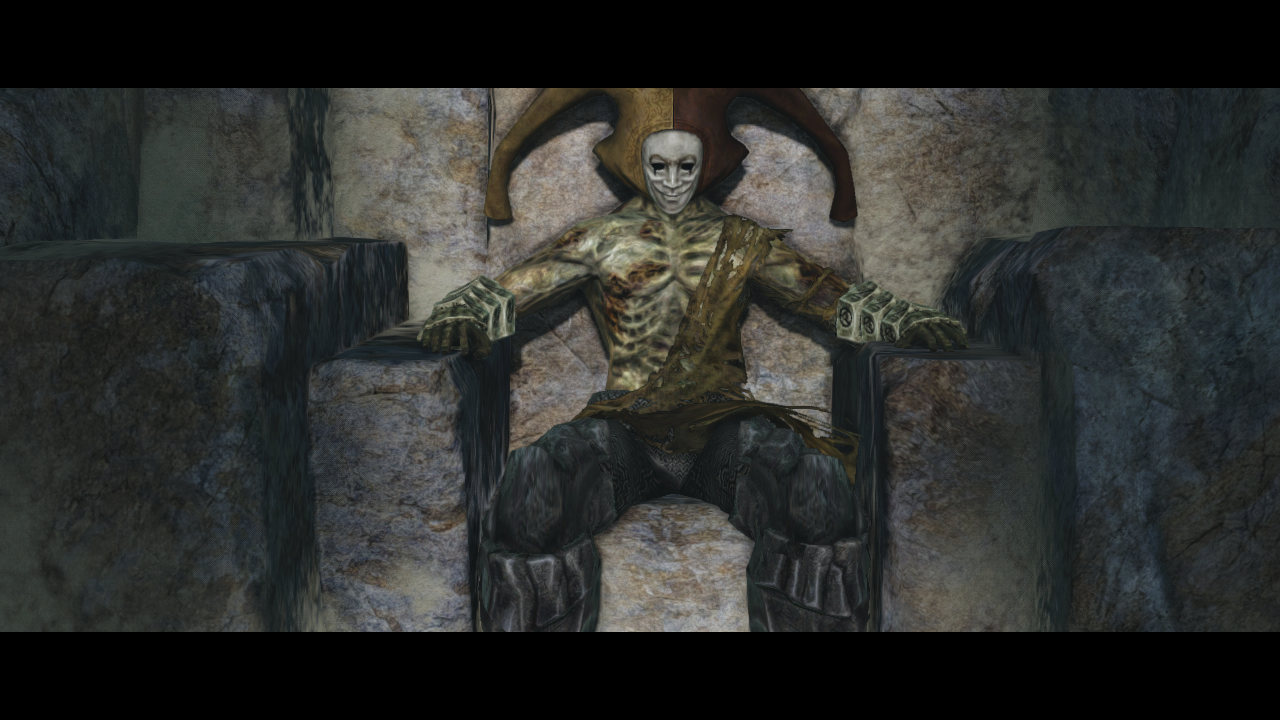 After completing the game, I've still had some unfinished business on getting on with the game on New Game + which raises the difficulty another notch and new spells and monsters to be discovered. My take on this game would be a 9/10 could be a perfect 10 if they would retain some of the best aspect of demon souls, but hey one can only dream and can't complain for some changes at least. 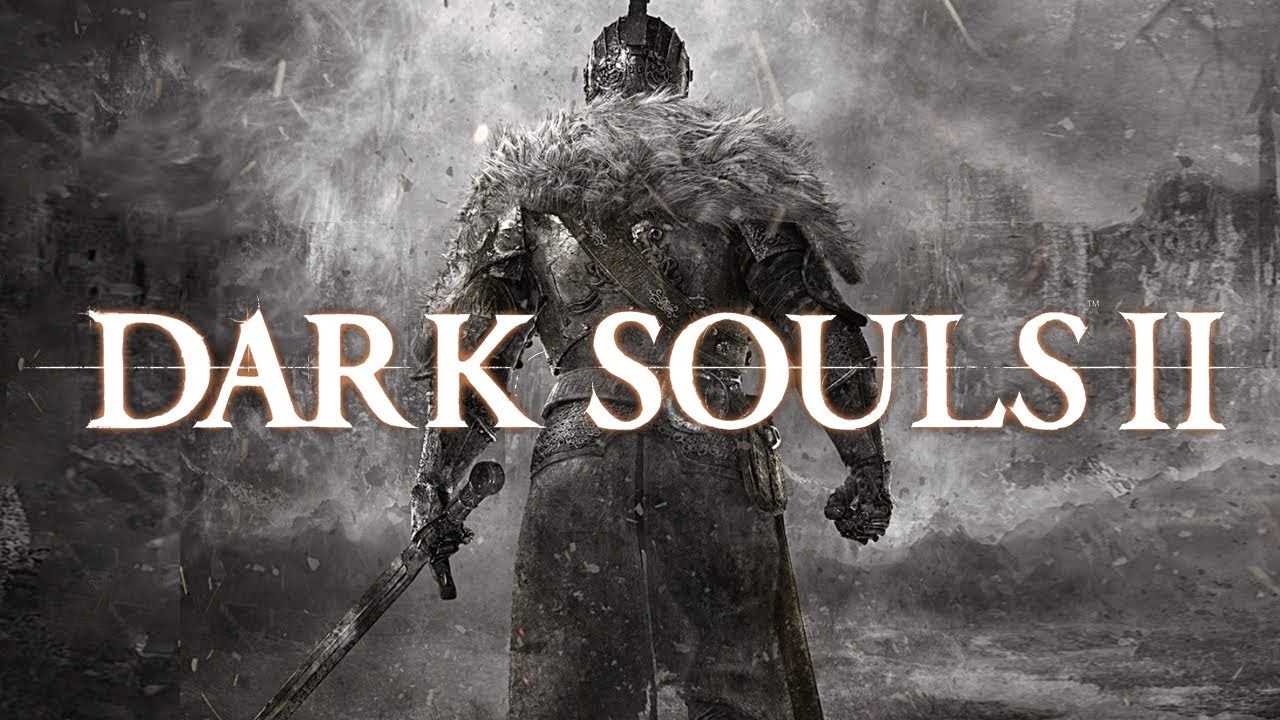