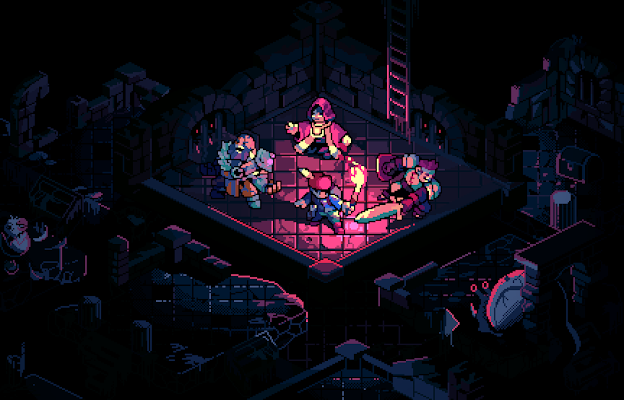 Ethernal.world is a 2D MUD (Multi-user Dungeon) generated and owned by the players via the Matic blockchain
The team started working on Ethernal with the goal on exploring and utilize the best tools and protocols in the ecosystem to create a fun game that can bring more users and players to the brave new world of Web3 and true ownership. Building a multiplayer dungeon that’s fully on-chain is challenging, both technically and design-wise for the team. They wanted to make sure that the player experience would be intuitive and smooth, which requires to have the game logic on a network that can provide better UX, i.e. faster and cheaper transactions.

Besides UX capabilities, they were also looking for the following while exploring our options:
After exploring various options, Matic seemed like the best solution for Ethernal.world future releases. There are some trade-offs, but they are confident that it would be able to work together to find solutions for any issues.
The game premise as players explore the dungeon to discover new rooms and loot. Collaborate with others to defeat monsters, or race against them to be the first to find rare items. Trade and sell your loot in and out of the dungeon. But remember, if you die you will lose everything you carry for others to scavenge.
Not only are the dungeon rooms procedurally generated from the blockchain by the players, but new items will also be generated in existing rooms as players take actions in the dungeon. This means the more active players there are, the more items, gears, monsters, and NPCs will be created.
Be an alpha tester by reserving a key by following and tweeting “open sesame” to @EthernalWorld. Or message us in #🗝️keys🗝️ on our Discord.
#blockchain #gaming #mud