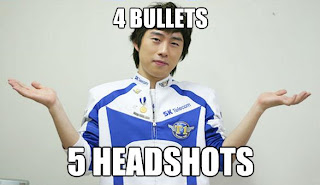 High level play begins not with your mouse or controller, but with your mind. Always remember that. Not just your ability to process information and act on it, but also your ability to not defeat yourself. Most people have no idea that they are their own worst enemy. What I mean by this is pure mindset. If everytime you die, you blame anything other than yourself, then all you've succeeded in doing is making an excuse not to get better. 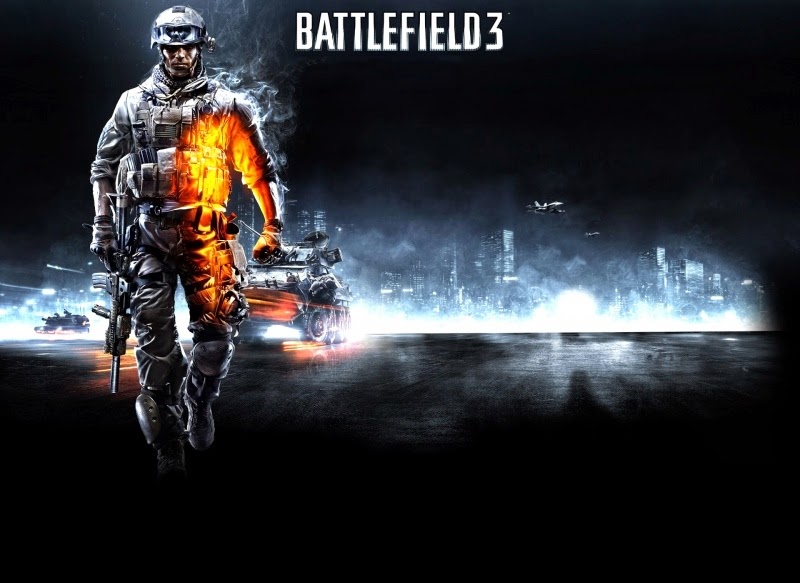 A mature attitude views everything as learning. When a skilled player dies, they ask themselves what to adjust to prevent it from happening again. The key being themselves and adjust. Those who succeed do so because they operate under the assumption that they must adjust to the game, NOT THE OTHER WAY AROUND. Thus, if a weapon / class / skill is really powerful, you figure out how to use it.

The immature attitude always faults lag, teammates or the game for their short comings. Everyone knows "that guy" who plays just as much as you, always complains, yet never does better. The reason is that they can't internalize their natural learning process and apply a feedback loop, because their pride blocks it. High level play has pride, but that's because they've put in countless hours of study, practice and self-inspection on making their game better. 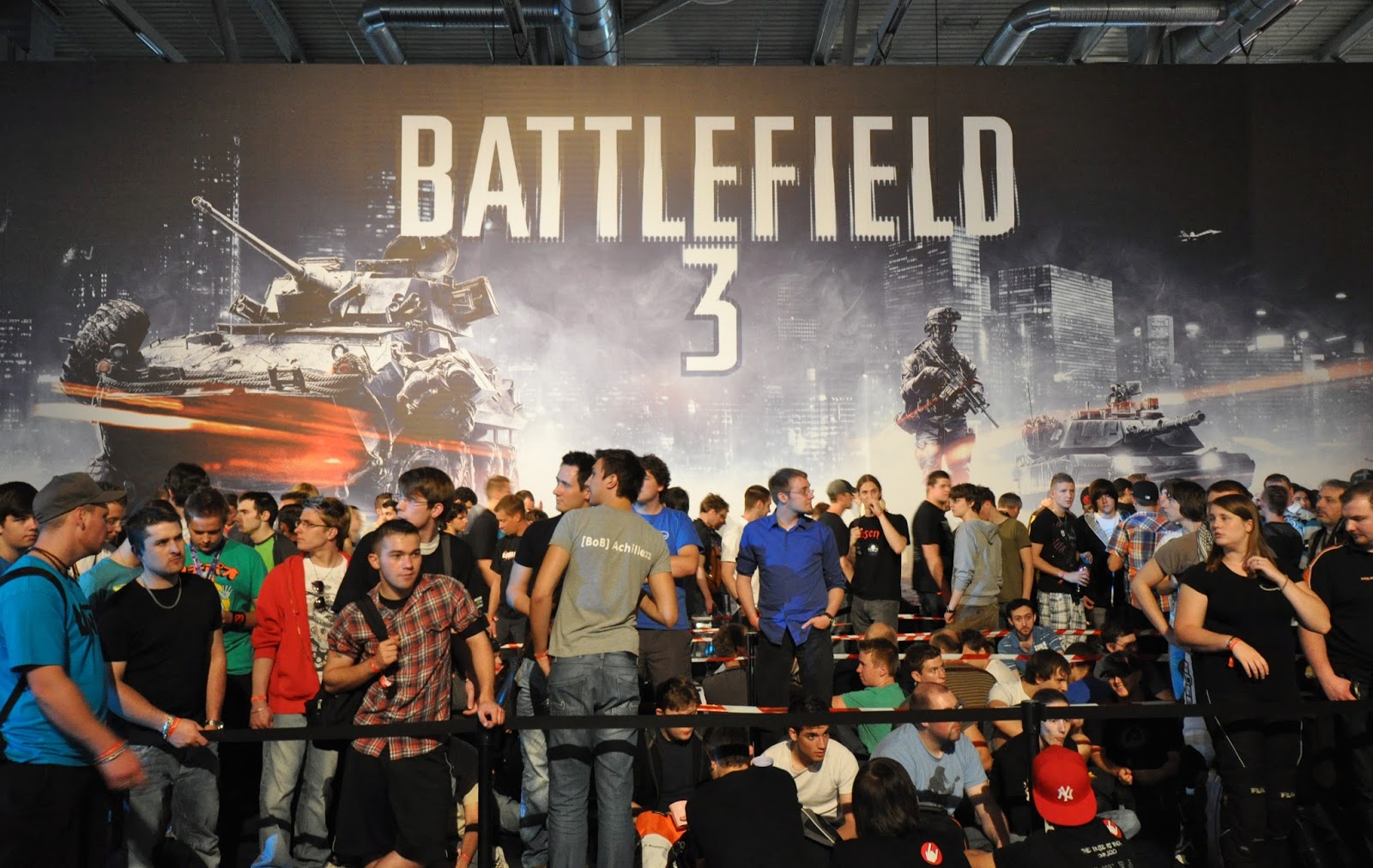 This is why video games are like any sport: it requires patience, dedication, perseverance and mental fortitude to win. Some champions are born with raw talent, but the vast majority of them are built from putting clay into the oven. Not only that though, you need the BELIEF that you can become a champion player. And this is where most of you will defeat yourselves, because when I say any one of you reading this can become legendary, I seriously mean it. You don't believe it because you say to yourself: "Oh my reactions aren't that fast", "I'm just not that good" or "I'm just playing for fun". Those are all excuses. You don't need fast reactions. You're not good because you don't try. If you're playing for fun, why are you here reading this? 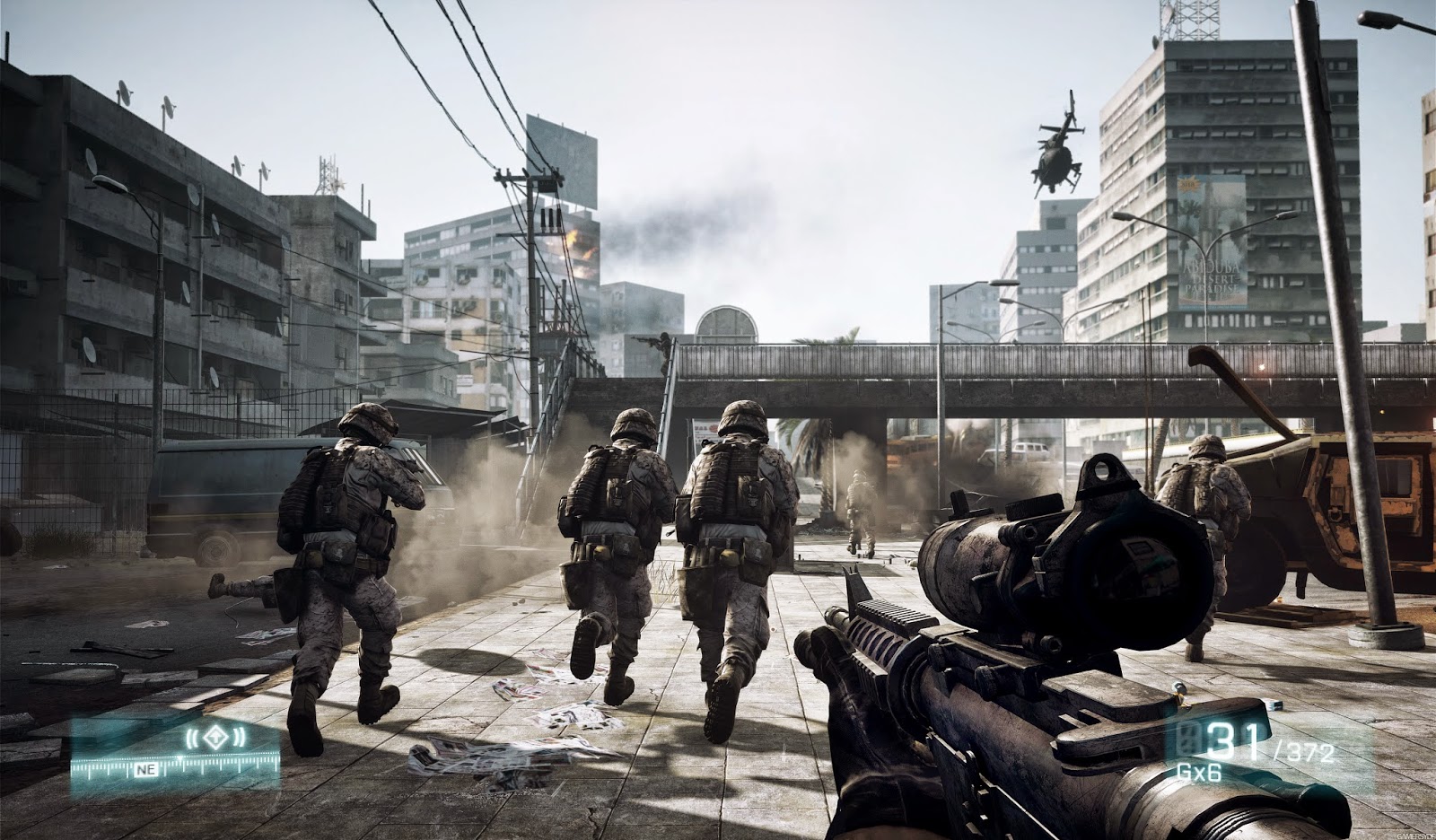 The thing is, if you cannot believe that you will become a better player, you've already lost. All star players, types like Michael Jordan, they thrive in the opportunity to take the last shot of the game when their team is down. They have a hunger to win that supercedes any fear of losing. You cannot play in fear, as it impedes your ability to adapt and learn.

This is the reason I love video games, because subtly act as a mental training tool. It provides instant feedback when I do something right AND something wrong. I can apply this feedback loop to correct myself immediately. Secondary, it's a perfectly safe environment, where the only thing that can be damanged is my ego.

For anyone in doubt, video games (notably multiplayer) in the end, are all about self-worth. It's your ego on the line vs someone else. That's why we obtain enjoyment from every kill, because you are proving your worth against another, just like sports. So when "that guy" is shown a weapon damage spreadsheet or video tutorial and he scoffs, saying "I just play for fun", it's an indirect way of saying that he isn't willing to get better or doesn't believe he can get better. He's actually afraid of trying, because that might actually expose his own ego. Those who actually play for fun, aren't afraid of losing because their ego isn't in the game to begin with. 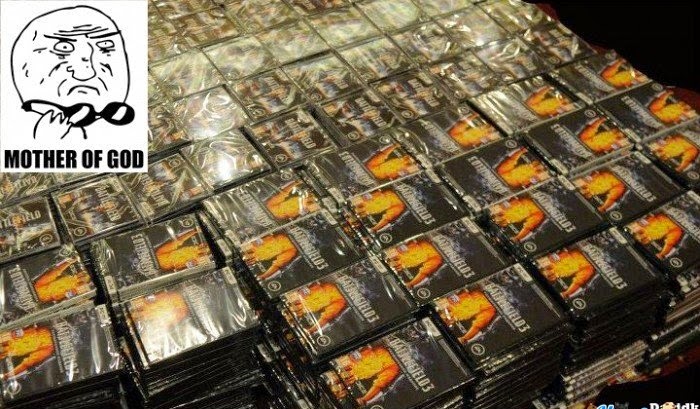 So if you do care about winning, you owe it to yourself to believe than you CAN do better and that you WILL do better. Macolm Gladwell (author of Blink and Tipping Point), writes about the concept of Mastery in his book Outliers. Mastery is concept of becoming totally adept at any one subject. Whereas most people look at someone with mastery and think that they cannot achieve that level, Gladwell shows that just about anyone can achieve this level of proficiency... and that there is a magic number when it happens: 10,000. And by that, he means 10,000 hours. Your jaw may drop, because you can't fathom the idea of spending 10,000 hours on video games. No one is asking or expecting you to. But this is a mental exercise of saying, if you were simply capable? If the answer is yes, then you admit that you can take steps to being legendary. On that, why not take them then? No one is asking you to take all 10,000 steps, but just see where it takes you. Pretend to be great and you might just succeed. 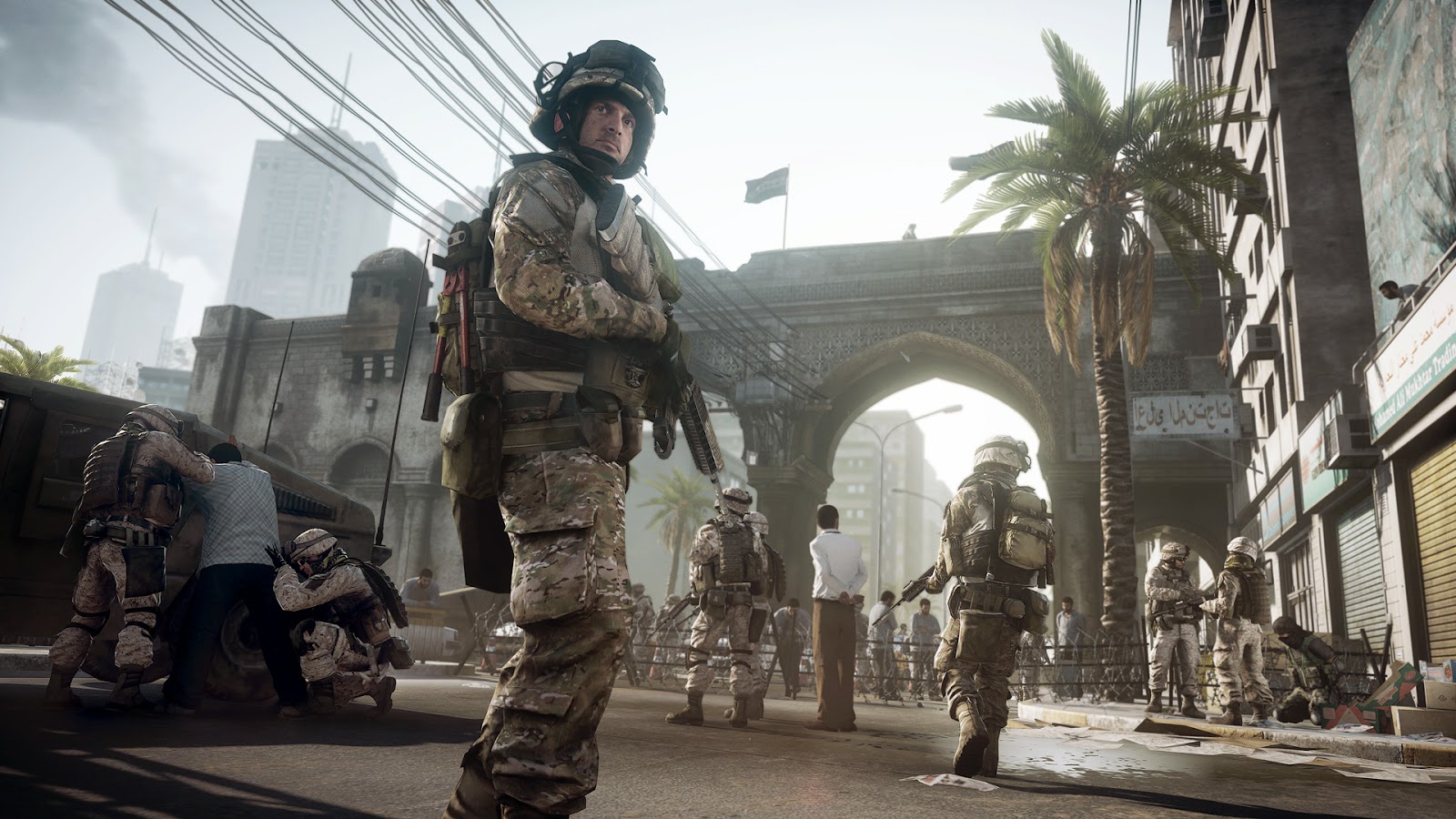 Those of you who haven't deboarded the pep-talk train, I realize that many of you have the drive to learn, but don't have the resources available. Reading at places like /r/battlefield3 and improving your mental game is a fantastic first step. Motor mechanics are a huge aspect of the game that can't be overlooked, but that is predominantly something you will just have to practice (which I can help point out). And when I say practice, I mean actual learning mindset and not logging more hours. 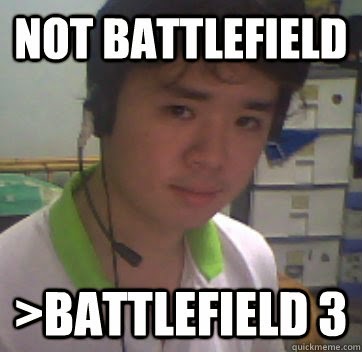 Learning, in the most purest simplification, is pushing you outside your comfort zone and building new neural pathways. Everytime you play a new map or use a new weapon, are you in learning mode. But when you are playing with the goal of just racking up your score, that is not learning, that is utilizing what you already knew. Remember that the games you do worst in are the games where you learn the most. On the other side, the games where you stomp on the other team, you probably learned nothing. This is why while BF3 montages of massacres are fun to watch, they teach you nothing practical.

So, understand that playing and practicing utilize totally different parts of your mind, because when you are playing, you are mostly on autopilot.

When you are practicing, you are emptying out everything you know and learning anew.
For example: You play assault, like the M16A3, shoot in full auto, play mid-range and sometimes up and close. You jump on a server, utilize your known play style, kill people, play the objective and are done. What have you learned? Probably not much, but you had fun. 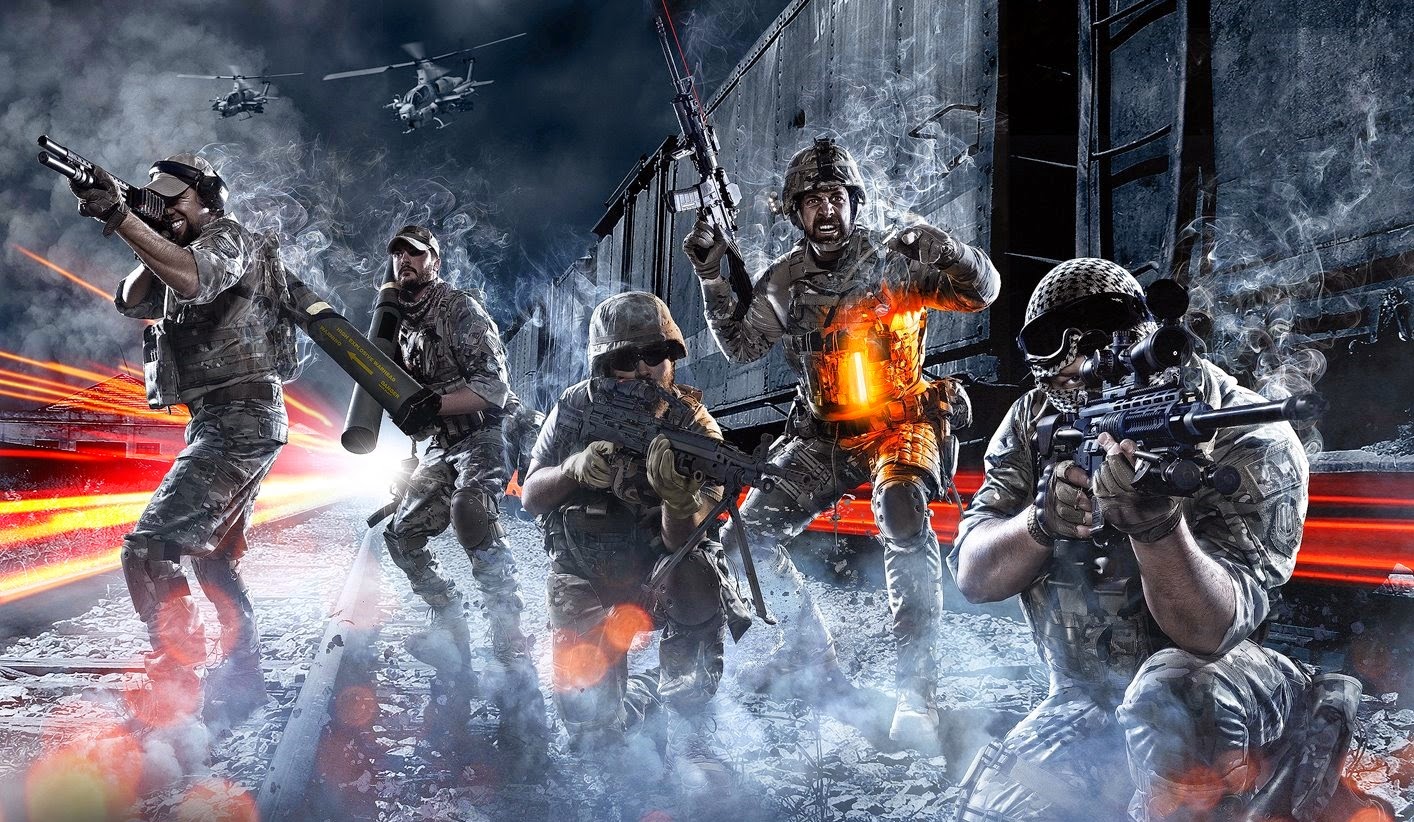 Now, instead, you are given a 870MCS with buck. You cannot play mid range and are single shooting. This is unfamilar. You engage at medium, realize you have to get in close and dirty, which you have trouble with. You're dying a lot, it's frustrating and you just want to switch back to your rifle. This is learning right here. Practice means playing it through the endless deaths, learning how to get close without notice and picking your fights. The point isn't that you've learned a shotgun. The point is that you've learned the patience of closing engagement range and picking your fights. You need to be taken out of your comfort zone in order to expand your abilities. This is the true definition of learning. 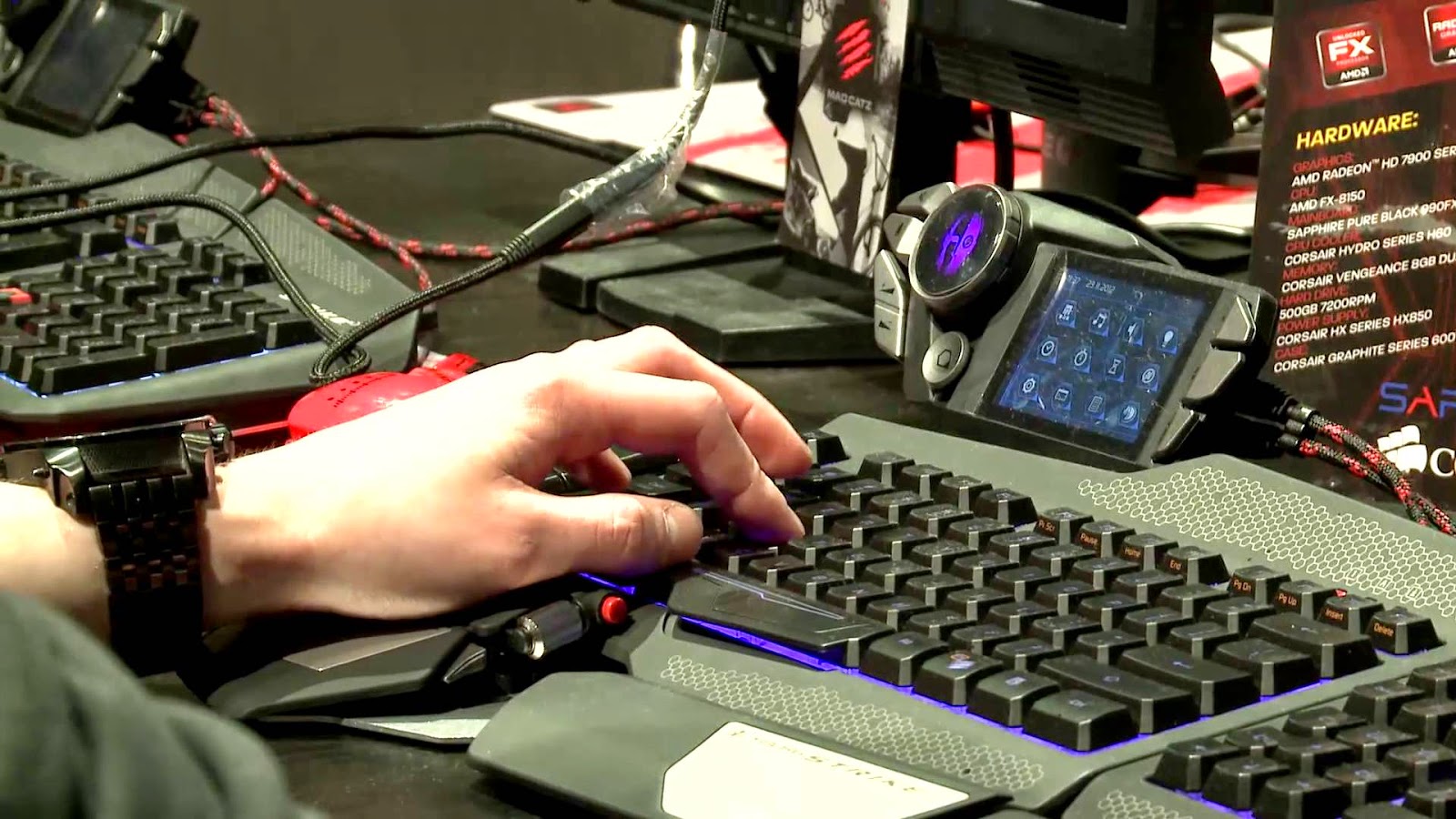 If you want to become a better player, you need to push the envelope of what you're used to. I love the new DICE assignments because they are forcing everyone to play with weapons they might not to unlock new items. If you want to push your own abilities, I challenge you to the following: 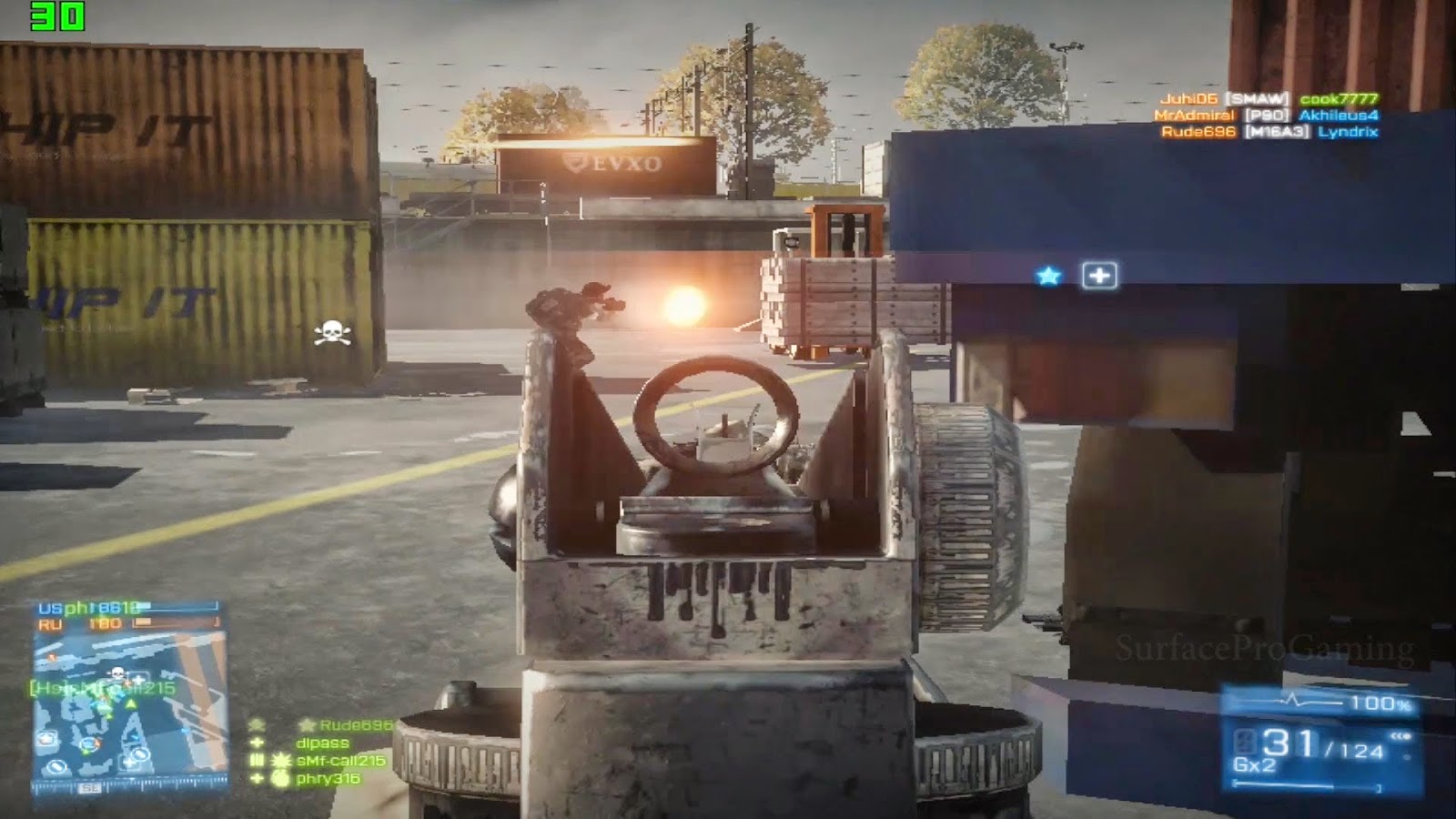 These challenges are all designed with very specific goals in mind. Those of you who understood flow from the last post will readily see the purpose of these exercises. They are also all difficult and you should expect to die and be frustrated. But you will learn and especially on how to put your ego aside. 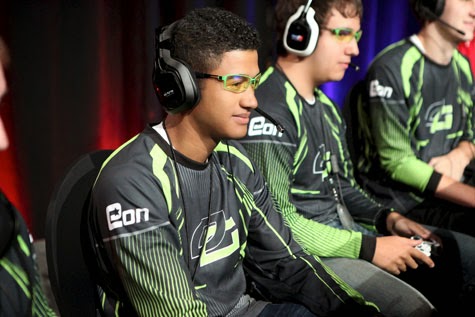 Besides practice, in both sports and video games, the watching of films/replays are mandatory. Films are a direct way of analyzing your own mistakes after the fact. Watching films of others also gives you incredible insight into how top level players think. Do you know if you miss more frequently to the left or right? How often do you get flanked when it should have been apparent? How often do you reload at a very bad time? 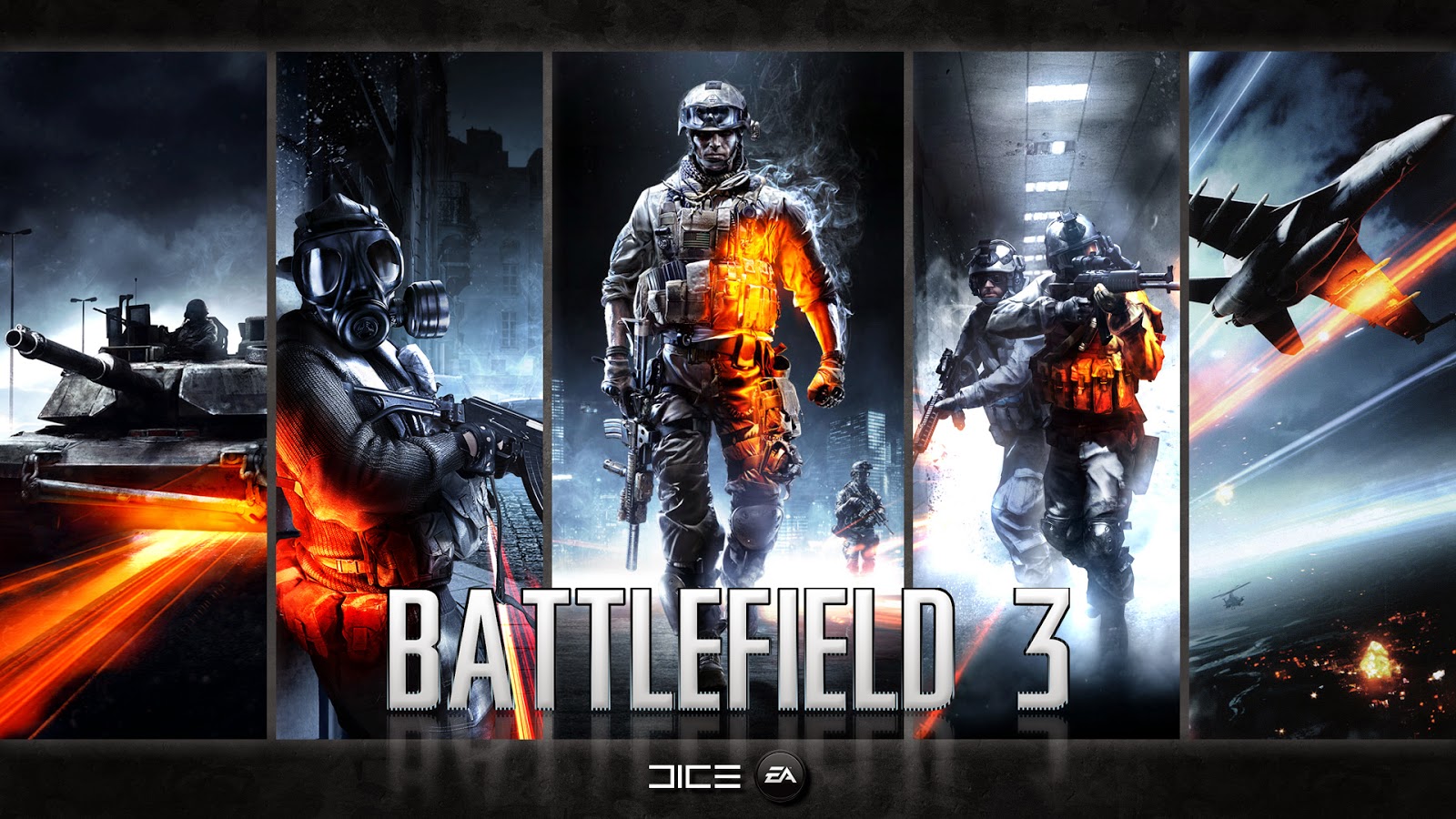 If you watch film, you can answer these questions and analyze what is going on in the game. In all the most competitive games, StarCraft, CS, Halo, there are libraries of film/replays out there for people to watch for this very reason. Watching a full video of a skilled player at work is where you gain the most. Not only that, the videos where they LOSE are worth their weight in gold, as it shows mistakes they made that can contrast the successes on films where they do well.
#subGaming battlefield 3