Showing posts from February, 2012
Show all

Final Back to the Future Fantasy XIII-2 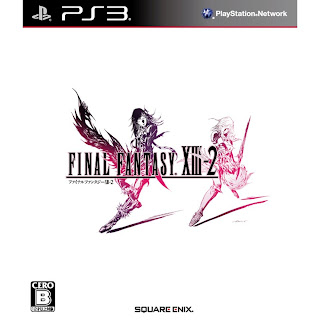 So over the weeks of my absent posting, I've been sucked into a game from Square Enix. The only game company which hold a strong franchise of Final Fantasy, a long running typical JRPG genre.


Since I've played the previous game (Final Fantasy XIII) as a curious cat as I am, I eventually fall into the rabbit hole by offering my hard earn wages to this evil franchise once again.Other than that, all I wanted to know was how was the story told so far.

On the first impression, they have a long opening cinematic which felt like Metal Gear Solid 4. Shortly from that, I was greeted by the similar loading screen from its predecessor and right there the game throw me a battle with an Eidolon (Guardians) with me controlling Lightning.

Everything at this point, felt almost like the previous game. After a few more battles, I was greeted again with more cinematic but to my surprised there was cinematic trigger.